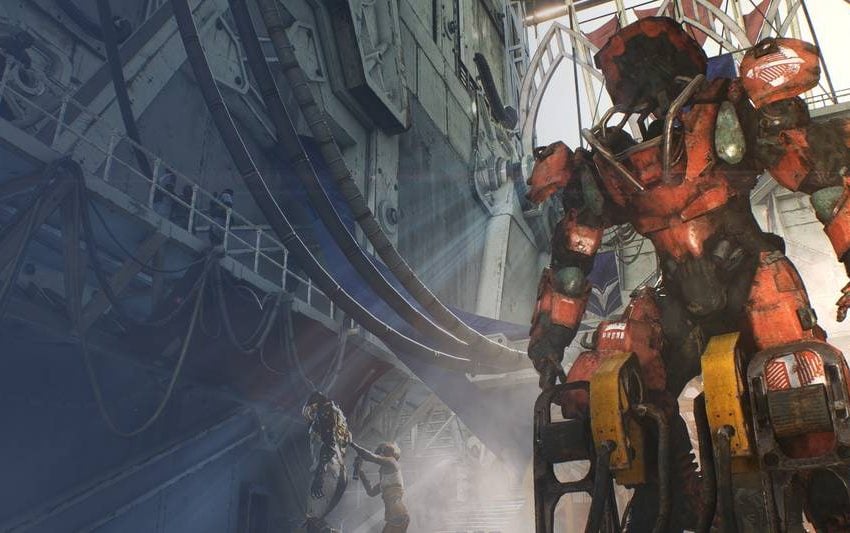 Electronic Arts and Bioware revealed a ton of interesting new details about their new IP, Anthem at EA Play 2018. We saw two videos – the first was the Cinematic Trailer and the second one was the Actual Gameplay Demo. In addition to this, the publisher/developer duo announced the exact release date of the game – February 22, 2019. Immediately after these reveal, GameInformer announced that Anthem is their July 2018 Issue Cover Story.

In a GameInformer’s Rapid Fire Questions segment, Bioware answered a total of 123 Questions on Anthem. Few questions were dedicated to the PC version of Anthem – Bioware confirmed that the PC port of Anthem will release on the same day as consoles i.e. February 22, 2019.

About the Frame-Rate, Bioware revealed that Anthem will run at 30FPS on PS4 and Xbox One, whereas on PC, the game will support unlocked frame-rate.

One of the important announcement that came out from the rapid-fire segment was that Anthem will not support PVP. When asked by Game Informer’s Joe Juba: Is there PVP in Anthem? Anthem’s executive producer Mark Darrah replied: “NO”. You can check out the full Rapid Fire Q&A video below.