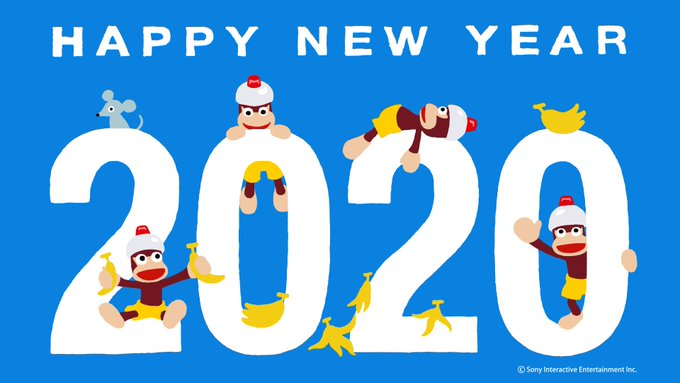 There are shortages of games that feature non-human primates. There was a time where we had a surplus of amazing primate-based games, like Super Monkey Ball and Ape Escape. With Super Monkey Ball recently releasing an HD Remaster of Banana Blitz, now is the perfect time for Ape Escape to make its grand return.

The 20th anniversary Twitter account for Ape Escape released a series of tweets that imply that an Ape Escape game may be releasing this year. First, the account shared the following brand new image to celebrate the New Year.

After that, the account shared the following tweet with a picture of an ape dressed as a fortuneteller.

According to Google translates, the message reads – “Piposaru (Mummu … My lucky item of the year is … monkey! You’re going to get lucky with monkeys!)” Note that Google translates is not entirely reliable. Still, it does give us a basic understanding of what the tweet is suggesting. Both of these tweets are heavily implying that an Ape Escape game may be releasing this year.

If an Ape Escape does release in 2020, it would be the first Ape Escape game to come since PlayStation Move Ape Escape back in 2010. The new Ape Escape game could be a brand new entry in the franchise, or a remaster of the older games.

Ape Escape is a video game franchise that began as a series of platformers. The main premise of the early games was about the players capturing hyper-intelligent apes. It is up to the main playable characters to stop the apes from taking over the world.