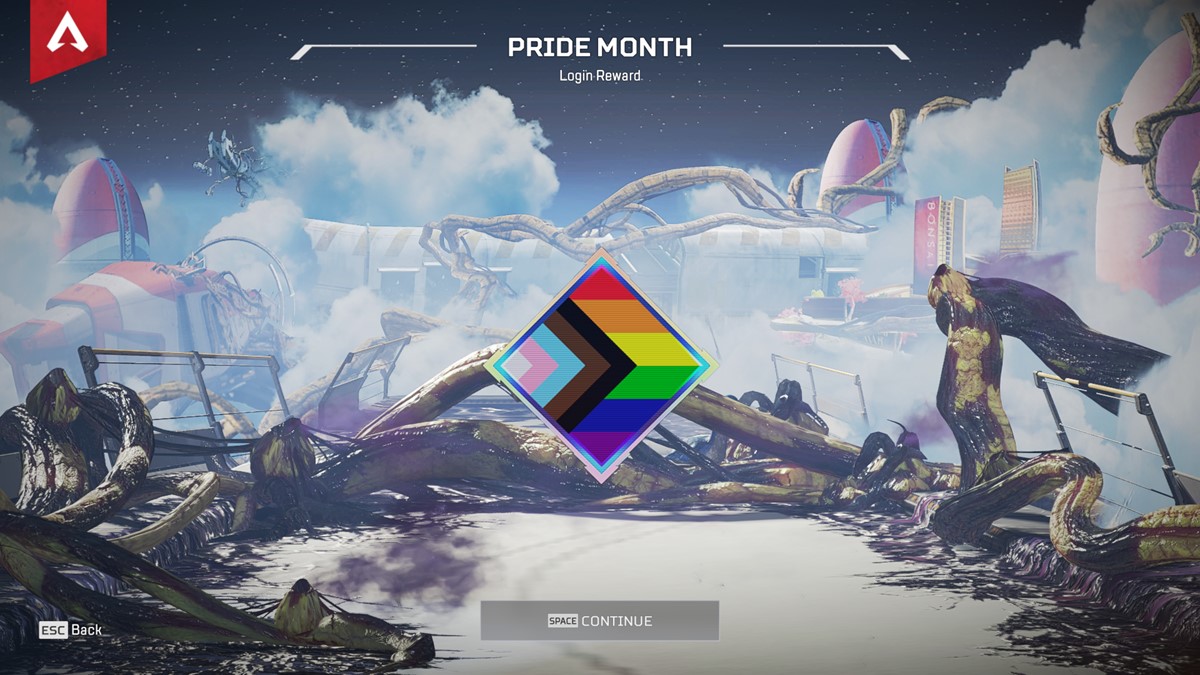 Apex Legends is known for being one of the few triple-A titles with a massive amount of diversity among the cast of characters. From racial representation to gender to disability to LGBTQ+ representation, Respawn Entertainment has gone leaps and bounds ahead of its direct competition. And this month, all players of Apex Legends get a free pride badge, celebrating the queer community.

The flag design on the badge is known as the Progress Flag. This is the third badge that has been added to Apex Legends to celebrate the rights of underrepresented groups, with the other two being a Black Lives Matter badge and a Stop Asian Hate badge. These badges can be displayed on a player’s banner just like the stat tracking and unlockable badges.

Along with the badge’s release, Respawn also issued an in-game statement next to three of their canon queer characters (Bloodhound, Gibraltar, and Valkyrie). “In celebration of Pride Month, we’ve granted all players a special Pride badge,” the message reads. “Pride is the opposite of shame. It’s about being proud of who you are. We’re proud to support players of all sexualities and gender identities. Let’s play together and stand together with all of the Legends in our community.”