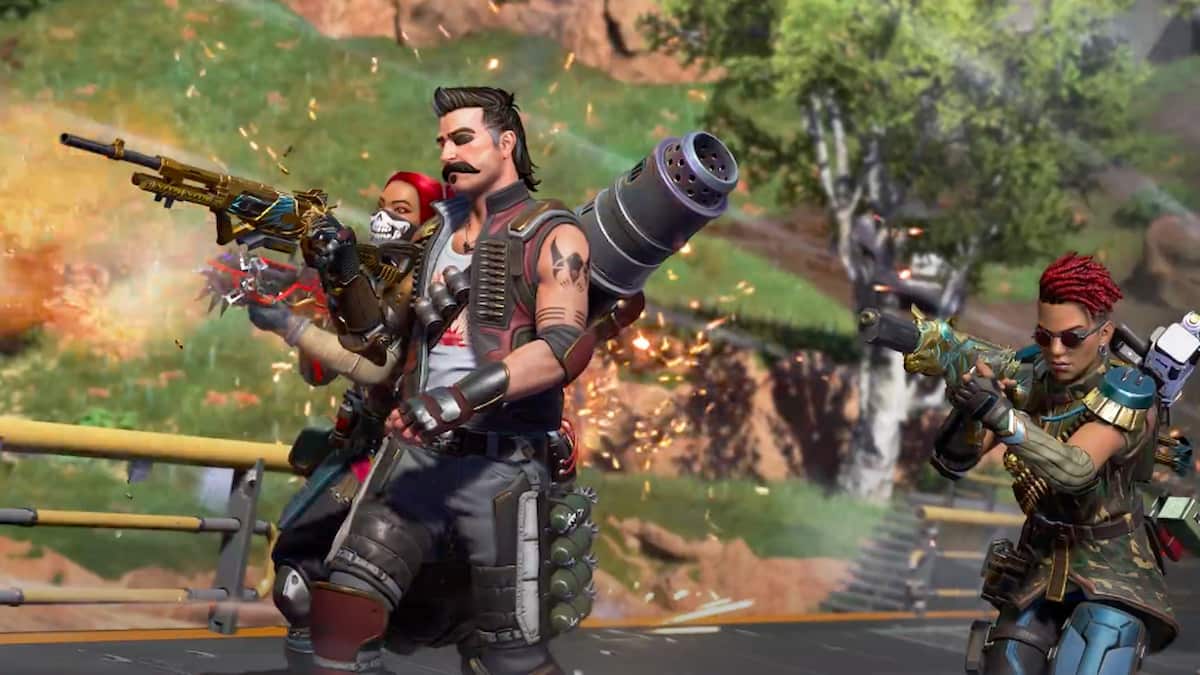 In the 80’s action film parody trailer, it’s clear the old map will feature locations that are more open and lacking in cover due to numerous buildings being burnt to the ground – hence the fast-paced action. Of course, new Legend Fuse is highlighted and confirmed to have two explosive main abilities: an insanely long-range missile launcher and an arm cannon that shoots multiple stun grenades, moves quite similar to those of Gibraltar and Bangalore.

We also have our first in-depth look at the Golden Magazine, an attachment for any gun that allows bullets to shoot through all shields. Speaking of bullets, the new 30-30 Repeater weapon earns screen time, which appears to be an easy-to-reload medium-range rifle capable of two to three-shot eliminations.

Unfortunately, there is no mention of what’s in the new Battle Pass, but it is noted as “extreme,” so expectations are high. Thankfully, it is known that the pass and all other Season 8 material will be added to Apex Legends on February 2.