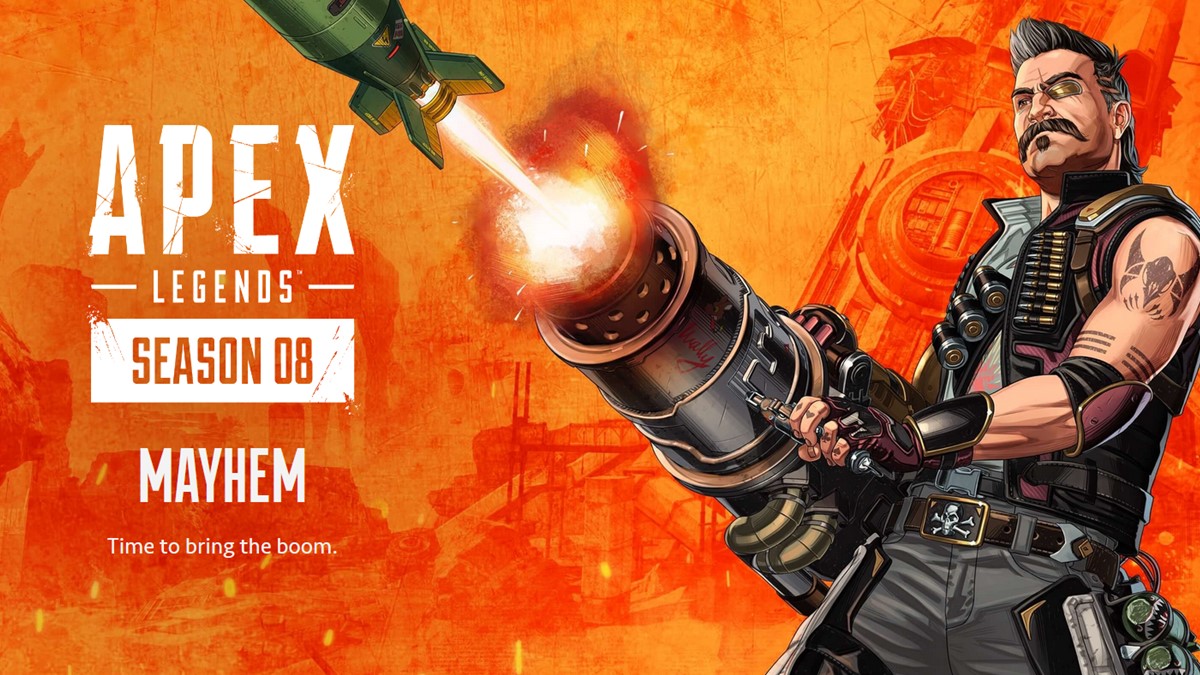 It’s official. Apex Legends Season 8 is called Mayhem, and it’s certainly shaping up in a way that means it lives up to its name. While we aren’t getting any major features additions, like clubs and vehicles in Season 7, we are still getting a good amount of new content, including a new legend, the first new weapon since Season 6, and a brand-new map change that brings a well-missed map back into permanent map rotation for the season.

The champion of Salvo is headed to the Apex games. He goes by Fuse, and he is bringing the boom. He is described as a “blow-up-first ask-questions-later kinda guy,” full of confidence, which is most likely both his biggest asset and his biggest flaw. Fuse’s arm was blown off in the newest episode of Stories from the Outlands, Good as Gold, and viewers thought for a moment that this was another Forge moment, where the developers were trying to pull a bait-and-switch on us. He survived the blast, but that doesn’t guarantee nothing fishy is going on here.

Described as the most popular weapon from Salvo, this hard-hitting, lever-action rifle will shake up the competition. While the intimate details on the weapon haven’t been revealed yet, it is assumed to be a heavy weapon with sniper-like qualities. Similar to how the G7 Scout does that for light weapons.

Obliterated Kings Canyon and other features

King’s Canyon is coming out of the vault, but not without a handful of changes. In true theme with the season, King’s Canyon will be “dramatically reshaped” in the new season. The new iteration is called Obliterated Kings Canyon. Other features of the season include a new ranked season and a brand-new battle pass, and like prior seasons, it will have new legendary skins and Apex Packs. Also, like seasons 6 and 7, it will have new Holo-Sprays. There will be over 100 various new items in total.