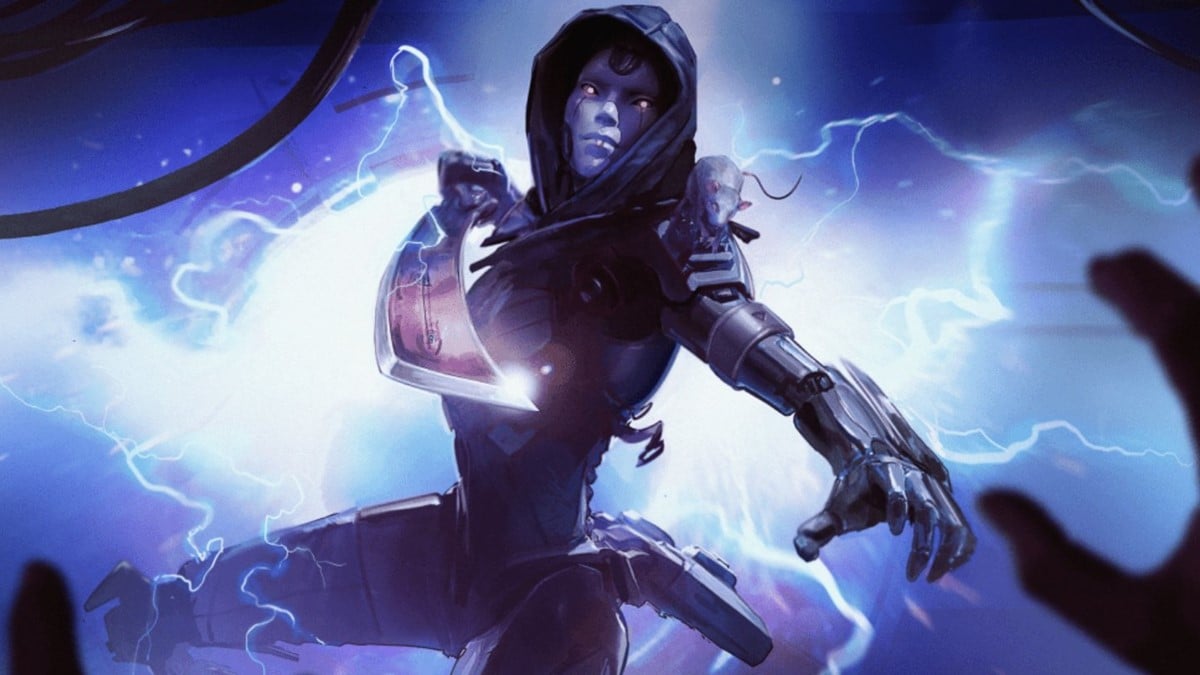 With Apex Legends included in the Titanfall universe, pieces of that series’ lore have often seeped into parts of Apex from the start. From weapons like the Kraber and the R-99 (based on the R-97 from Titanfall) to Legends like Valkyrie (the daughter of a Titanfall 2 character, Viper), the crossover continues to penetrate the Apex lore. But for the first time ever in Season 11, we are getting a character from Titanfall as a playable character in Apex Legends.

Ash is a robotic simulacrum that used to be human, similar to the backstory of Revenant, who used to be a human named Kaleb Cross. But unlike Revenant whose simulacrum personality is a corrupted version of his own, Ash’s two personalities are actively warring inside of her.

The part that many players predicted: a previously human scientist, Dr. Ashleigh Reid, who worked with Dr. Mary Somers (Horizon), spared Horizon’s son Newton, and was used to create the simulacrum. That said, a second, more deadly persona, one that is supposedly called ‘Lillian’ (which may refer to Lillian Peck, the original creator of Olympus) who feels Ashleigh’s fear holds her back, also lies within Ash. More visuals on what this looks like can be seen in the latest Stories from the Outlands animated short.

Season 11 of Apex Legends is called Escape and will be launching on November 2.