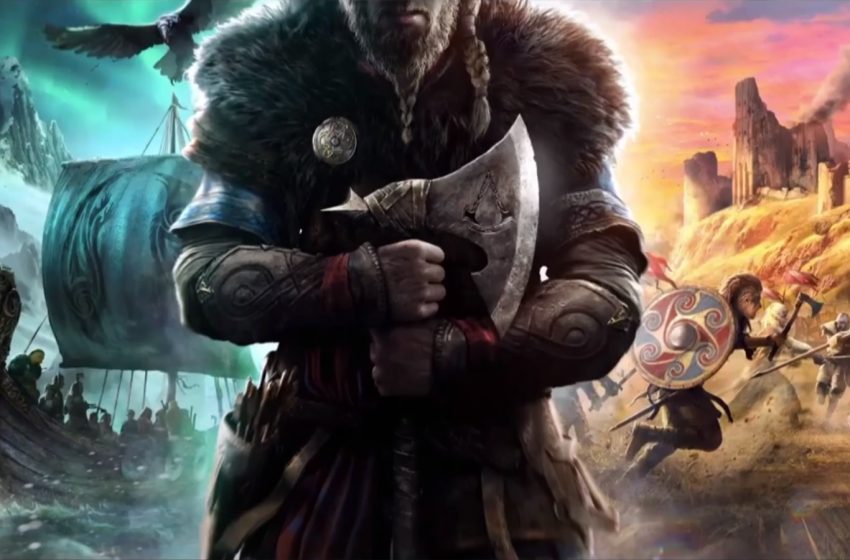 Ubisoft’s teaser stream has revealed that the setting of their next Assassin’s Creed game is going to have a nordic flavor as it would appear that players will be heading to the age of the Vikings, with confirmation of the name to be Assassin’s Creed Valhalla. A reveal stream for the game set for tomorrow 8am PT.

The presentation was a live stream on Ubisoft’s Youtube channel in which artist and graphic designer Bosslogic took a black silhouette of the main character and built an entire world around it using a collection of photos and paintings in Photoshop, before completing the character and filling out the setting.

The whole presentation lasted over seven hours and built toward a stunning picture that depicts a battle at the base of a lush green hill with a ruined castle on one side, and a frozen coastline with boats of men on the other, reminiscent of Dragon boats used by Vikings.

Besides the long-rumored Viking setting, the next game in the series was rumored to be set in Ancient China after it was confirmed previously that Ubisoft China was due to reveal the first details about the upcoming game. There has previously been a game set in China in the series, too, though this was one of the three mini-series Chonircles games that were not part of the mainline series. It is also a setting that has long been clamored for by fans due to the uniqueness of the era’s building architecture, as well as much of the combat from the era through the use of swords.

However, the Vikings won out this time, and the next game will most likely be set around Europe and Scandinavia.

The last game to appear in the series was 2018’s Assassin’s Creed Odyssey, which was set during the ancient Greece period. It followed the RPG focused direction of its predecessor Origins, which acted as a soft reboot for the series. Following criticism that the series was saturating after the release of Assassin’s Creed Unity, Ubisoft took a year-long break from releases in 2016, followed by the release of Origins in 2017. Last year saw a similar break in the game’s release cycle.

While no release date has been announced for the game, the typical slot for release is around the holiday season, though the reveal stream should tell us more. No platforms have been announced either, but due to how tight-lipped Ubisoft has been on the game, it’s almost certainly going to be on next-generation consoles.