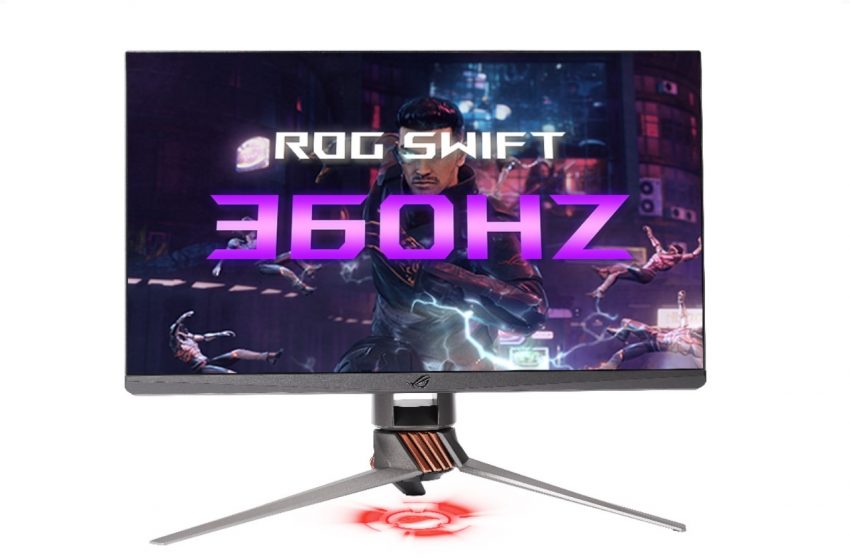 With CES 2020 warming up in Las Vegas right now, it is safe to expect some exciting developments in electronics to be unveiled. Asus has grabbed the bull by the horns by announcing the new 360Hz Asus ROG Swift. The current high-end refresh rate for monitors is 240Hz, so this will throw 50 percent more beautiful frames at your face while you are playing Fortnite. That is a considerable amount of extra buttery smoothness.

The 24 inch, 1920×1080 monitor, supports Nvidia G-Sync but feels like a niche filler rather than something that will set the market alight. The majority of gamers operate within refresh rates of 60-120 FPS, and a 1920×1080 resolution feels a little archaic in a world that is hurtling towards 4K, and where 1440p should be the standard at this point.

To hit 360 frames per second, even at 1920×1080, would take one hell of a build, or the right game. It is a safe enough bet to say that most people who build very powerful PCs do so to play at a higher resolution than 1920×1080. There is also the question of exactly how beneficial that kind of frame rate is for gamers. It will be fun when the monitor hits the market, and the curious people of the internet can do some testing.

Asus also announced the ROG Swift PG32UQX, which is a certifiable monster of a monitor. The 32in, 4K, Nvidia G-Sync Ultimate HDR display will pack in 1152 backlight zones, a peak brightness of 1400cd/m2, and a refresh rate of a 144Hz. This puts in a solidly ahead of the PG27UQ, which it is designed to replace. It will be expensive, as the PG27UQ cost roughly $1400, you can expect to pay a whole lot more for the ROG Swift PG32UQX.

We don’t have any exact release dates yet, but the 360Hz Asus ROG Swift and the ROG Swift PG32UQX are due to arrive on the market in 2020.