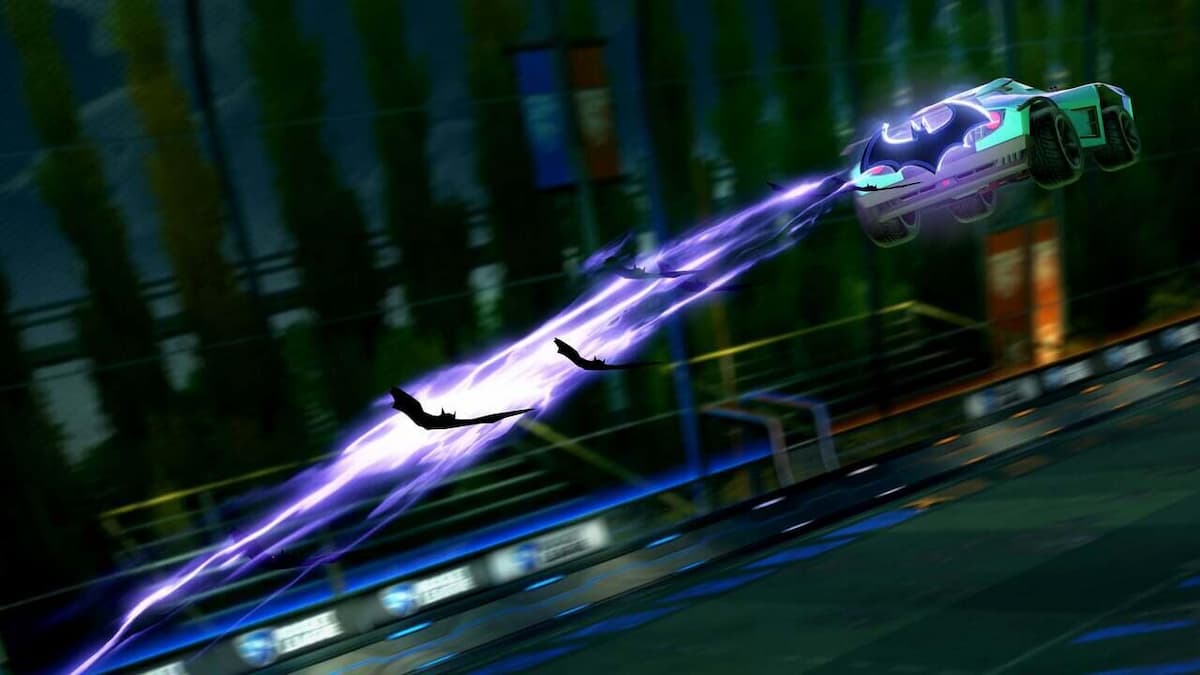 Psyonix has announced that Batman will be returning to Rocket League tomorrow, October 14, as part of the Haunted Hallows event. Alongside the Caped Crusader, players will find a host of challenges to complete to unlock items based on Batman’s long-time foes.

They include the Joker Dominus Decal and Boost, Gotham’s Finest Merc Decal, Harley Quinn Wheels and Topper, and Poison Ivy Boost. Meanwhile, players can claim a free Dark Knight Player Title by simply remembering to log into Rocket League during the event.

It wouldn’t be a Rocket League Batman event without the Batmobile — three of them in fact. Players can get the Batmobile from 1989, The Dark Knight‘s Tumbler, and the 2016 Batmobile. They are all accompanied by a new Reel Life Decal and Bat-Signal Goal Explosions. They can be purchased for 2000 credits as part of the Batman Halloween Bundle or individually for 800 credits.

Finally, a new Arena variant called Beckwith Park (Gotham Night) will be introduced. The idea is that Gotham’s notorious villains have taken over and redecorated. Ardent fans of Batman will be able to spot numerous Easter eggs littered throughout the Arena.