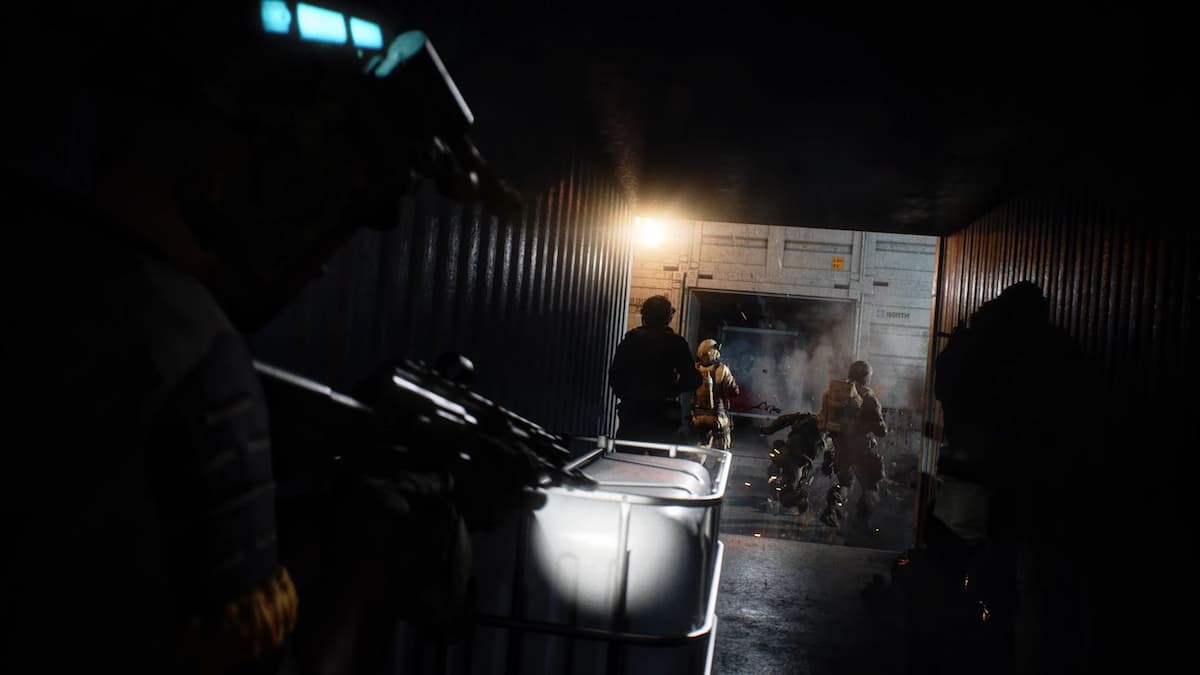 EA and DICE have finally revealed details about Hazard Zone. For all the folks who felt it would be another battle royale mode, despite various denials, you were wrong. Instead, Battlefield 2042 will be bringing its own take on Escape from Tarkov.

The squad-focused mode will throw players into a survival experience against rival squads, and will also mix in elements of the series’ Levelution mechanic, such as the Tornado from the Orbital map. Players will need to track down data drives, then get to an extract point. To add to the tension, matches revolve around two time-limited extraction opportunities that are sure to lead to tense gunfights between squads.

Squads that don’t go for extraction have no way to leave, which means that only a maximum of two teams will ever make it out of the match alive.

The mode will feature a Dark Market and Dark Market Credits that players can use to purchase a variety of upgrades for their specialists. The currency is exclusive to Hazard Zone, and can only be earned through the mode.

The mode will be available early for players who purchase the Gold and Ultimate edition of Battlefield 2042, as well as EA Play and EA Play Pro subscribers.