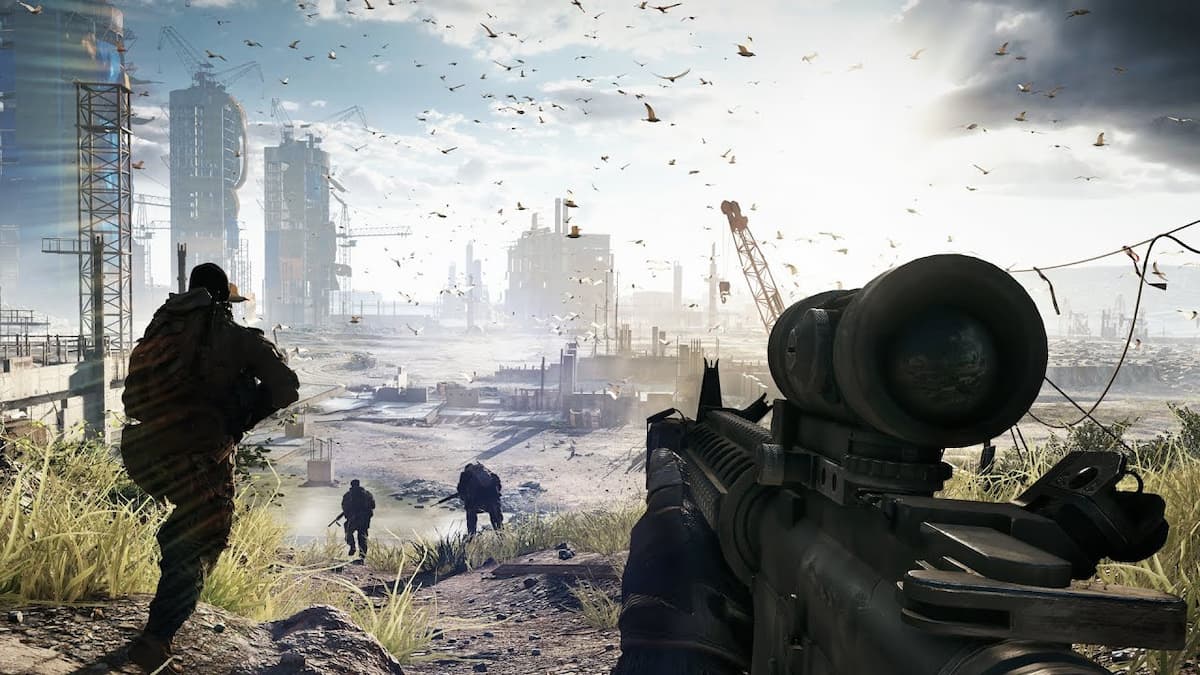 New Battlefield 6 details have been revealed by noted Battlefield leaker Tom Henderson that hint at big changes for the franchise. While the last couple of games have been focused on WW2-era conflicts, the next game will take a step into a more modern time.

Set around 10-15 years into the future, the next tile will apparently just be called Battlefield, with rumors circulating that it is seen as a soft reboot of the franchise. The game will feature drones and robots, as well as drones, jets, and tanks.

According to the leaks, the campaign will focus on a specialist unit and give players the option to pick which superpower they are fighting for. Both the USA and Russia will attempt to recruit the player character, who is part of a specialist unit of warfighters throughout the campaign. The campaign will also feature a co-op and allow the players to jump from one faction depending on who they wish to fight for in each mission.

Multiplayer is referred to as “Battlefield 3/4 on steroids”, which strongly hints that the previous rumors about an expanded player count may be true. The game will also feature a Battle Royale portion, although so far, DICE has failed to make much of an impact on that market, so it is unlikely that players will be too excited about this aspect of the leak.

The most interesting aspect of the leak is that Battlefield seems to be embracing a Call of Duty style Perk system, where unique gadgets that are class-specific are being removed in favor of selectable abilities and attributes, such as silent footsteps or greater stamina for sprinting.

Battlefield 5, while certainly a commercial success, was met with some pushback from the hardcore portion of the playerbase due to balance issues, server issues, and a general lack of content. It would seem that the upcoming Battlefield game will be looking to move on from these issues by jumping forward in time and shedding the troubles of the past.