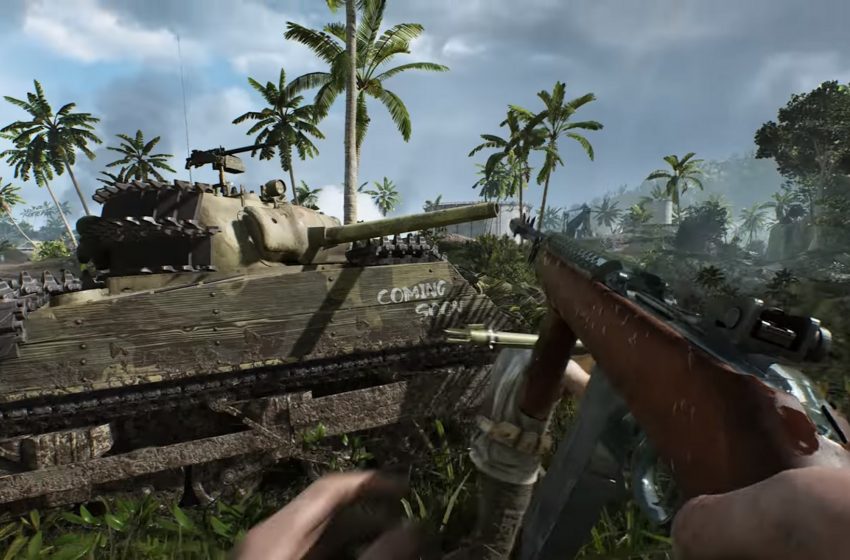 The latest content to drop to Battlefield V in update 6.0 has been revealed by DICE in a new trailer, with a plethora of new items that you can unlock and a brand new map for players to get stuck into.

The new Chapter in the game, known as Into the Jungle, as you might expect, adds a new map known as the Solomon Islands that is a vast jungle of trees and swampland, with log camps and wooden buildings in the surrounding areas. The map sees the Americans attempt to storm the island, and is available to play in Breakthrough, which narrator Adam Freeman (DICE Community manager) says it plays best with, Conquest, Squad Conquest, and Team Deathmatch.

With the map, you will be able to gain access to new cosmetics that will fit the theme of the game’s new map better, while there is also a new legendary elite that players will be able to unlock at rank 40 in Japanese Commando Misaki. Two further elites were also confirmed, a Japanese paratrooper and an American gunman, though the details of them are to come at a later time.

New weapons include the Type 11 Machine Gun for the support class, while the assault will get to pick up the power M2 Carbine. New gadgets were also announced, with the M1A1 Bazooka included and a lunge mine that will allow players to run straight into a tank and provide some decent damage to the metal beasts.

The update is due soon, and it evokes a similar feel to that of the Vietnam update for Battlefield Bad Company 2, and DICE will hope that this update provides the same positive reaction to Vietnam update. It should provide an interesting change of scenery from Battlefield V’s current selection.