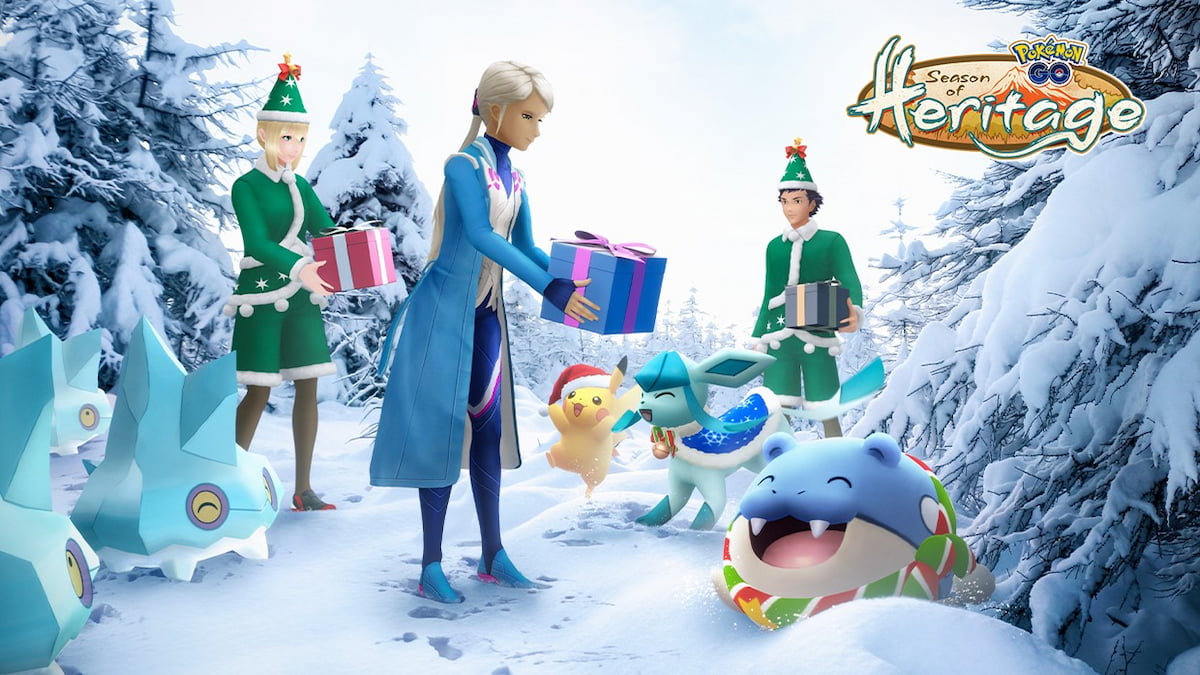 The Winter holidays have arrived, and the second half of December will be filled with the Pokémon Go holiday event. It’s going to be broken up into two parts. The first features a brand new feature called the Postcard Book, and the second part will introduce a brand new Pokémon, Bergmite, just in time for the holidays.

The first part of the Pokémon Go holiday event adds the Postcard Book, a way to send and share your postcards to friends during your Pokémon journey. Alongside the Postcard will be the Holiday cup, increased encounters with costumed versions of Swinub, Snorunt, Snover, Vanillite, Crygonal, Delibird, Stantler, Spheal, Cubchoo, Glaceon, and Pikachu. The first part begins on December 16 and goes until the 23.

When the 23 rolls around, the second part of the Winter Holiday event begins, and Bergmite will start appearing in the wild, in raids, and you can hatch it from 7km eggs. Galarian Darumaka will also begin appearing in raids, eggs, and as a reward for Field Research tasks. Timed Research will also be available to all players, with the final reward being a Galarian Mr. Mime.

To wrap it all up, during the final week of December, from the 25 to 31, you can participate in a Collection Challenge, trading bonuses, and Field Research tasks that reward players with a Costumed Delibird encounter.

Outside of these newly announced events, the December Community Day featuring Pokémon from the 2020 and 2021 events will be appearing from the 18 to 19, giving players two days to encounter Pokémon they may have missed on previous Community Days, with their exclusive moves.