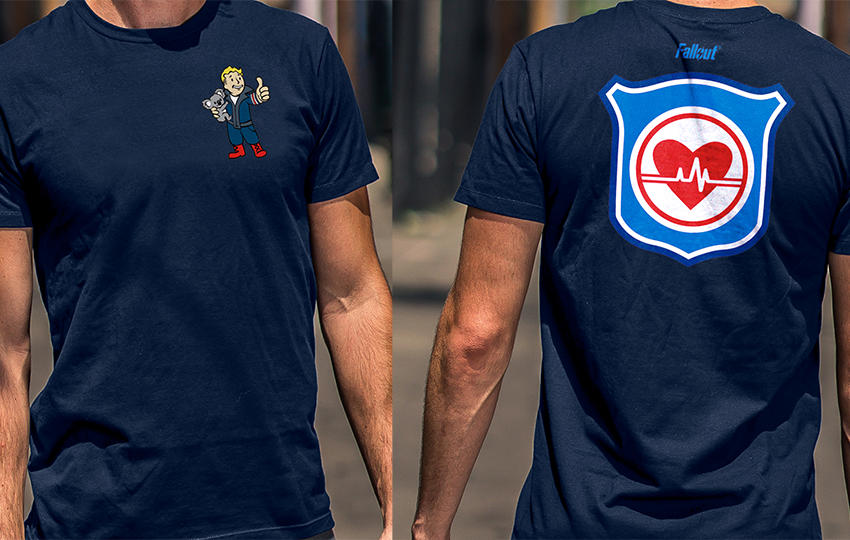 With the Australian bushfires still raging and the damage increasing, the gaming industry is taking notice. Bethesda is planning a 24-hour sale for Australian bushfire relief. Announced on Twitter, the sale will begin on Jan. 30 at 10am ET and end at the same time on Jan. 31.

Bethesda and Humble Bundle are teaming up for the charity sale. According to Bethesda’s website, all Bethesda games on either site will be 33 percent off. Bethesda also says all net proceeds from game purchases will go to the Australian Red Cross.

The 33 percent discount on games isn’t the part of the charity sale. Bethesda will also have an exclusive shirt up for sale in their Gear Store, called the Responders Australia Charity Tee. Bethesda states that profits from the shirt’s sale will go to the Australian Salvation Army. The shirt is available for preorder now and will ship in March.

The shirt features a small decal of Fallout’s Vault Boy in his characteristic thumbs-up pose while holding a koala on his hip. The back of the shirt has the Fallout logo with a shield and heartbeat. The combination references both Fallout and the Australian Salvation Army’s shield logo.

Other companies are offering charity sales for Australia. Bethesda’s exclusive shirt is similar to Bungie’s charity item, a Destiny 2 themed shirt that is also available for preorder now. Half the proceeds from Bungie’s sales will go to the New South Wales Rural Fire Service, and the other half to WIRES.