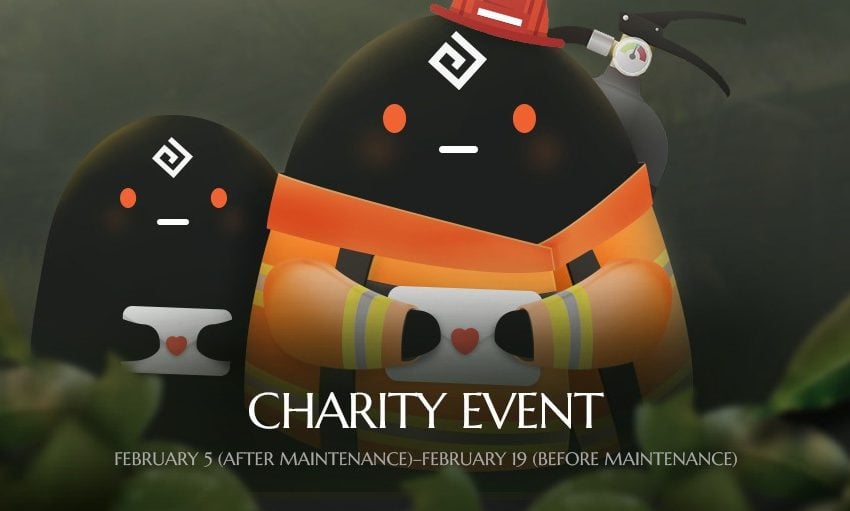 Kakao Games and Pearl Abyss announced today that Black Desert Online and Black Desert Mobile would feature an in-game event to raise money for the Australian bushfires and the earthquakes in Turkey. The event will be available until Feb. 19.

Players can take part in the event by purchasing Charity Tokens from Lara in Heidel for 1,000,000 Silver. Players can also participate in a special quest called A Little Donation Goes a Long Way. Players that turn in 10 Charity Tokens as part of the quest will be rewarded with the Sprout of Life item, which gives +25 Interior Points, and +1 Energy Recovery for 2 hours. Participants will also be given the title of Wingless Angel, and the top 10 donors during the event will receive the title of Angel.

The developers want to raise 100,000,000 Korean Won (Approx. $84,000/€76,000) for the disasters in Australia and Turkey. On behalf of the developers, Robin Jung, CEO of Pearl Abyss, said: “We hope for a quick recovery and hope everyone affected can return to their everyday lives.”

Aside from the charity drive Black Desert also announced the release of the Guardian’s Awakening events to allow players to level up the Guardian class, which launched on Jan. 22.

Guardian’s Awakening is a set of four events featuring several quests and challenges that will allow players to level up the Guardian class and gain useful items. Players can earn Old Moon Scrolls, which increase item drop rates for 60 minutes. Interactable Ynix Seeds will appear randomly throughout the event and increase combat experience for 180 minutes. The effects of the Ynix Seed are stackable with other experience items such as the Item Collection Increase Scroll. The experience effects gained from the Ynix Seeds will be boosted for players using the Guardian Class.