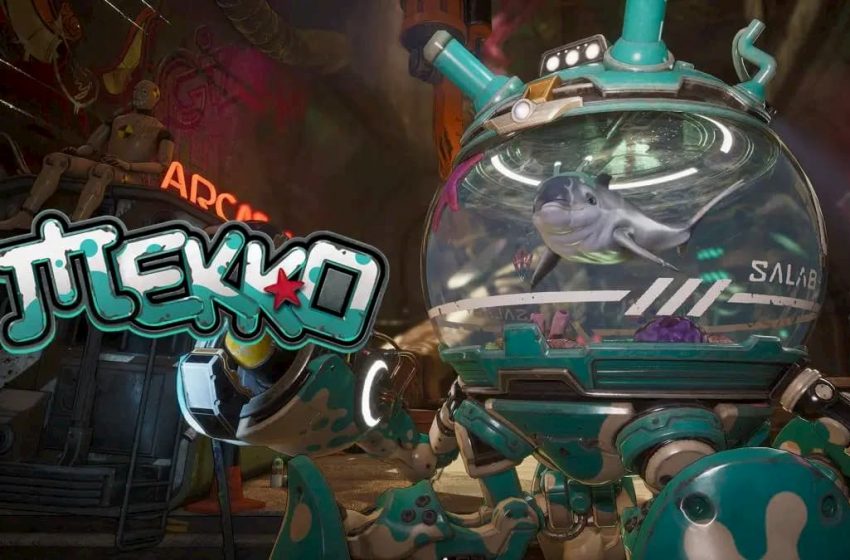 Ninja Theory announced today that a new tank is being added to its upcoming brawler Bleeding Edge. The new tank, named Mekko, is the only ranged tank currently available.

Bleeding Edge has been gaining in popularity since the closed beta became available on Xbox Game Pass. The game is a third-person 4v4 hero brawler from the developers of Hellblade and Enslaved: Odyssey to the West. There are 12 very unique fighters currently available for players to use including three support fighters, five DPS fighters, and now four tanks with Mekko rounding out the lineup.

Mekko, like all of the characters in Bleeding Edge, is incredibly unique in design and back story. The new tank is a trash-talking dolphin piloting a crab walking mech. If that isn’t interesting enough, Mekko brings a big change in gameplay with him as the only tank with a ranged attack.

Mekko’s main weapon is a sonar gun that allows for continuous fire during gameplay. The new fighter also has a unique bubble shield that charges power orbs as it absorbs damage. The power orbs can be expended to grant extra effects to Mekko’s other abilities that are meant to aide teammates. Mekko has two support specials and one aggressive special to use in combat.

Lifeline connects Mekko to an ally and causes the dolphin to take a percentage of their ally’s incoming damage. Mekko can also use Lifeline to reel allies in if they are getting in over their head. If power orbs are used, Lifeline grants a shield to the target ally as well.

Safety Zone creates an area where Mekko and his allies gain armor and a life-steal buff. When power orbs are used with Safety Zone, enemies in the zone have reduced healing.

Finally, Surge causes Mekko to rush forward, knocking away any enemies along his path. When the Surge ability is used with power orbs, it generates life as he travels.

Mekko also has two super abilities that are designed to help him control the battlefield. His Sonic Barrage super deals heavy damage to enemies within range while knocking them back. His Exclusion Bubble ability disables an enemy temporarily by trapping them inside of a bubble.