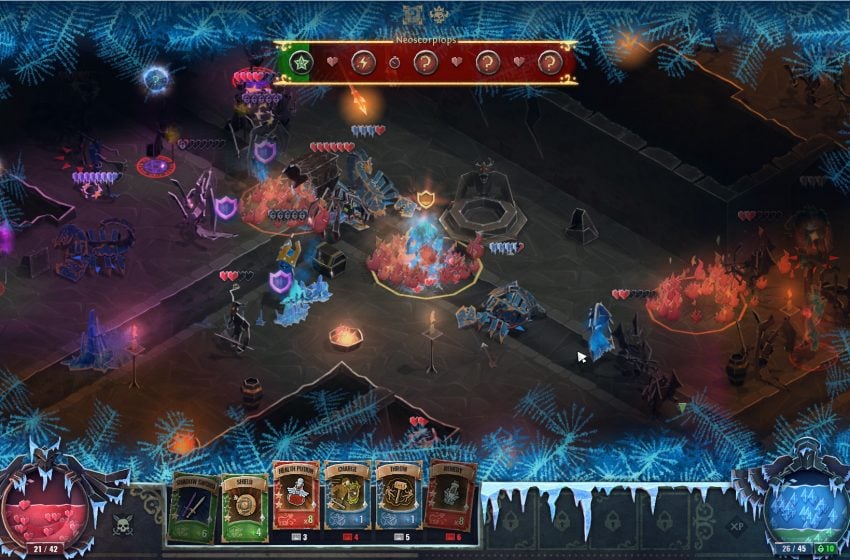 505 Games has revealed that Book of Demons, the Diable-esque deck-building game from Thing Trunk, will land on PlayStation 4, Xbox One, and Nintendo Switch on Thursday, Apr. 30.

The game’s publisher announced on Thursday, Apr. 23, and released a console port announcement trailer to celebrate the occasion. Switch owners can also make use of a seven-day pre-order bonus and save 10% if they pre-order Book of Demons from the Nintendo eShop.

Book of Demons is described as a papercraft deck-building adventure title that pays tribute to dungeon crawlers and hack and slash games of the past. Players take on the role of a hero who uses magic cards, instead of traditional weapons, across numerous procedurally generated dungeons to fight back the hordes of darkness, defeat the Archdemon, and win the day.

Players are encouraged to strategize on the fly, and can adapt their hand using various spells, items, and skills to boost certain upgrades and acquire unique bonuses to defeat particular enemies.

Using Thing Trunk’s flexiscope engine, players can also separate Book of Demons into “sessions.” The feature will allow the in-game engine to learn a player’s pace and estimate how long the next section is likely to take them to complete.

Book of Demons lets you pick from three classes — Warrior, Mage, and Rogue — that come with 40 different magical and legendary cards. A roguelike mode will be available for those who want more challenging circumstances, while other features include four unlockable endgame difficulties in Freeplay mode after players beat the campaign.

Book of Demons will cost $24.99 (£19.99) when it’s released. A release date for Asian territories will be announced later this year.