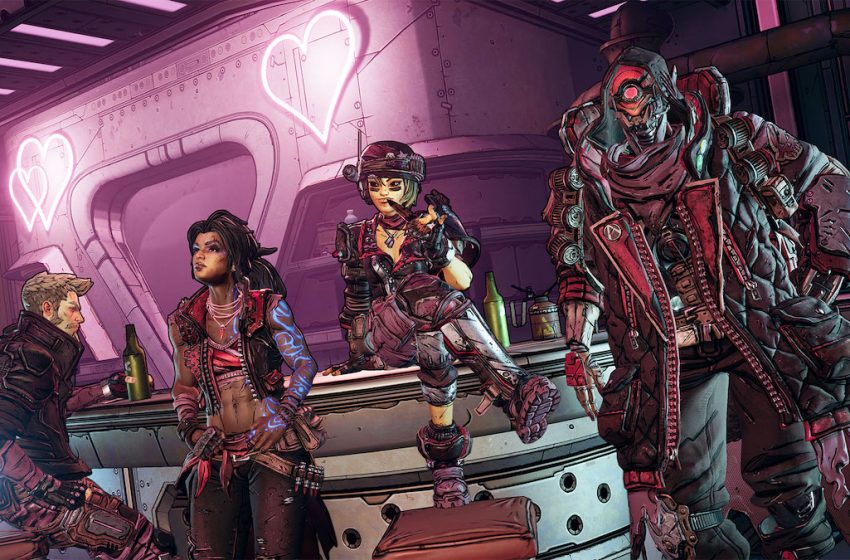 Ready to feel the love, Borderlands fans? Gearbox Software is ready to give it to you.

Today, the developers of the hit sequel, alongside 2K Games, provided a Community Love Letter. In it, it details an upcoming Valentine’s Day-themed event, along with other features coming to the game.

The Broken Hearts Day event will kick off later this month as the “perfect antidote for any Valentine’s woes,” according to Gearbox. Players will want to track down “particularly lovesick” enemies within the world, who have special hearts floating around them.

But you’re not out to win them over. Instead, you’ll shoot them to earn a number of unique effects, from buffing the damage output for your party to making them explode into a pile of precious loot. If you’re lucky, you might even make a temporary ally, who can help you clean up on your adversaries.

“The more hearts you break, the more rewards you unlock, with five total rewards up for grabs,” Gearbox said in its letter. These include special skins and Legendary weapons revolving around this particular event. (Note: you don’t have to take part if you don’t want to, as Broken Hearts Day can be toggled on or off in the main menu.)

Broken Hearts Day will activate alongside a new update for Xbox One, PlayStation 4, Google Stadia and PC. The event will only last a week, so don’t hesitate to break a few hearts.

This is part of a roadmap that also includes more events to come in the months ahead.

Gearbox also detailed a new level cap increase for the game. It’ll arrive in the same update, allowing you to boost your Vault Hunter level from 50 to 53. In turn, you’ll earn three additional points for your skill trees. It’s a free update, and Gearbox noted that more level cap updates will come in the months ahead.

Other updates Gearbox and 2K have planned for the game are as follows:

Finally, Gearbox confirmed it will be at PAX East in Boston later this month. It will host a panel on Thursday, Feb. 27, at 2:30pm ET. During this time, it will reveal the next story expansion for the game, following Moxxi’s Heist of the Handsome Jackpot that debuted late last year.