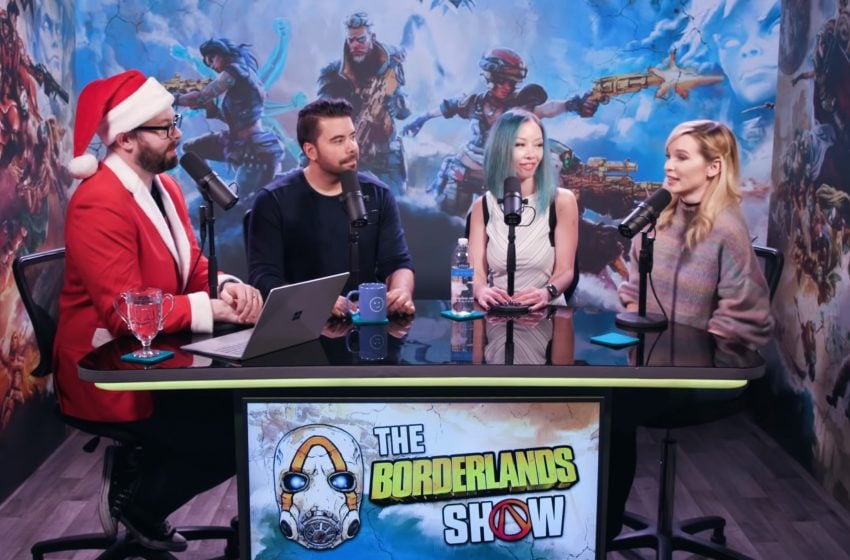 We hit the jackpot today with some brand new information regarding Borderlands 3’s latest DLC, Moxxi’s Heist of the Handsome Jackpot,

First and foremost, this is going to reach right into spoiler territory of the brand new DLC for Borderlands 3, which releases tomorrow on Dec. 19. Stop reading if you would instead learn about it during your playthrough.

During today’s The Borderlands Show hosted by the Kinda Funny team based in San Francisco, they showed off an edited version of the initial 13 minutes of DLC they previously showed. You can check out the entire episode below, and at the 6:50 mark.

The Vault hunters make their way into the courtyard of the Casino and clear out the enemies, eventually, being approached by a hooded individual. When the person pulls back their hood, it’s Handsome Jack. At least, it’s someone who looks like him because Borderlands fans would know Handsome Jack died at the end of Borderlands 2.

For those who played through the Borderlands: The Pre-sequel, though, you’ll know precisely who this devilish individual is. They’re Timothy Lawrence, someone who players could have played in The Pre-Sequel, a DLC character for the game.

Lawrence had his body surgically modified and changed to resemble Handsome Jack, serving as Jack’s double.

We didn’t learn more about his role in all of this and what he’ll do in the DLC, but we can expect some exciting things to happen moving forward.