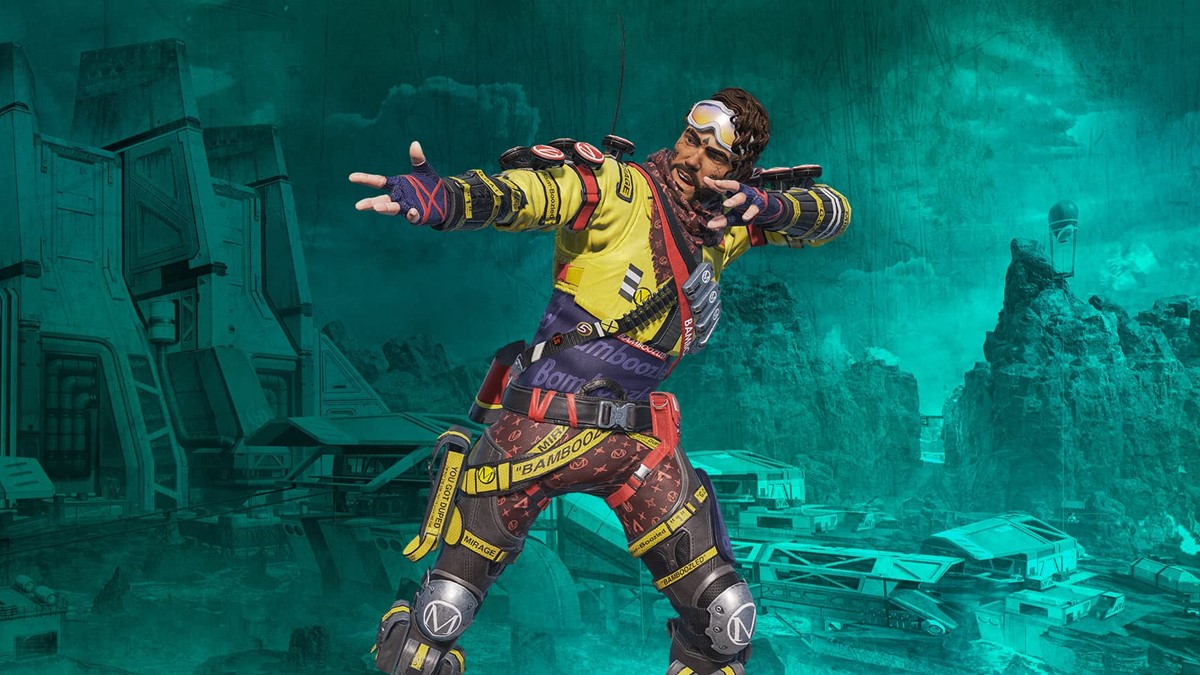 Linking an EA account to a Prime Gaming account can allow Apex Legends players to get exclusive skins. We’ve seen Prime Gaming skins for every Legend in the game thus far, so there are also Legends who have more than one Prime skin. The Prime Gaming skin released on September 3 and claimable through October 11 is a new skin for Mirage. The skin is called Brand Ambassador, and like most Prime Gaming skins, it is Rare in rarity.

The skin depicts Mirage in a yellow, navy blue, black, and red outfit that is covered in logos and pattered inspired by existing brands and fashion labels such as Supreme and Louis Vuitton. The only differences are the words and symbols are parodied to be about Mirage, reading things such as ‘Bamboozled’ or donning the Apex Legends logo.

This is especially funny considering Bangalore references Gucci in an earlier piece of lore, so this skin implies that the companies it is parodying may also exist in the Apex Legends universe, and actually be sponsoring Mirage.

Reminder that you can only link your EA Account to one Amazon Prime account in its lifeline, so borrowing a friend’s account is not a good idea for this one. The free trial will work for this promotion, though, if you have never had an Amazon Prime account before, and feel this skin is worth using your one free month on.