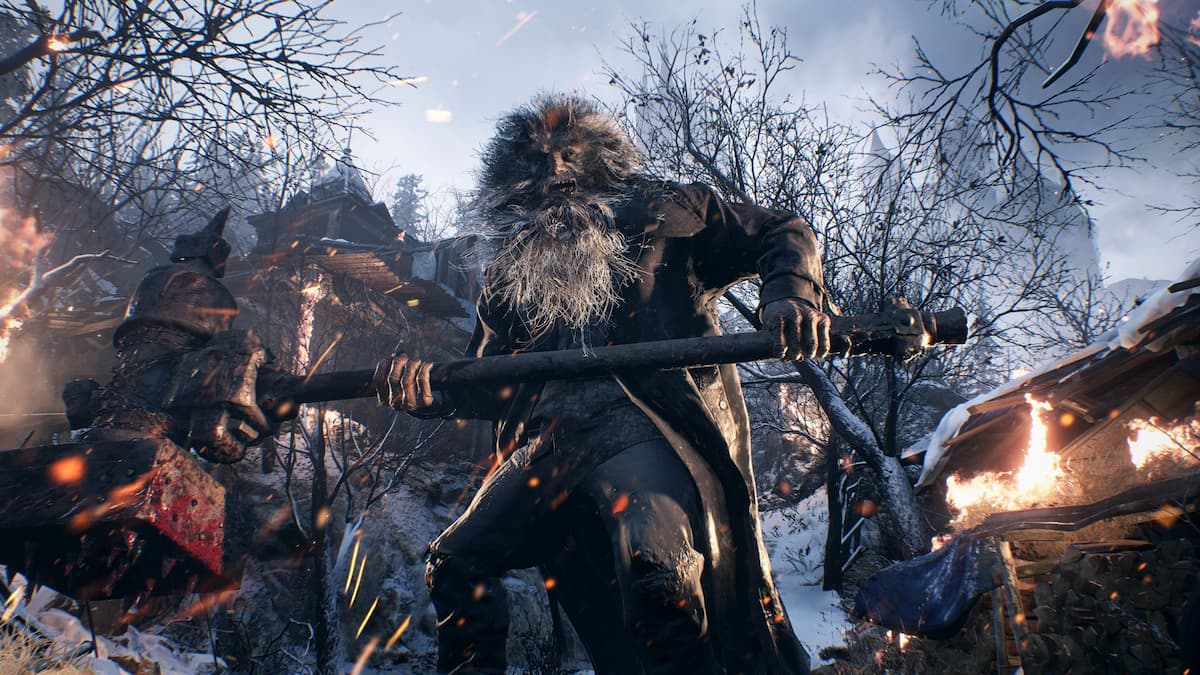 The Resident Evil games are known for their outlandish approach to horror. Things can get goofy or outright unbelievable. Anyone who has played Resident Evil 5 and seen Chris Redfield pummel a boulder with his bare hands and knock it into lava can attest to that. However, the franchise still has its roots in horror, most of which can be found in its terrifying monsters. However, it seems like Capcom may have taken far too much inspiration from another source. A Dutch filmmaker, Richard Raaphorst, claims that Capcom stole one of his own monster designs for Resident Evil Village.

Just a heads up, there will be some spoilers for Resident Evil Village in this story.

About halfway through Resident Evil Village, players will come across a boss named Sturm. They’re a unique creature, sporting a massive propeller where their head should be. However, anyone that’s seen Raaphorst’s movie Frankenstein’s Army may recognize the creature. One that seems strikingly similar to Sturm appears in the movie, which was released back in 2013.

In a post on LinkedIn, Raaphorst shared screenshots comparing the two creatures. He claimed that his creature design had been used “completely without authorization or credit in the newest Resident Evil game.”

On Twitter, a thread of comparisons between monsters from Resident Evil Village and the creatures in Raaphorst’s movie gained the filmmaker’s attention. “Oh dude, this is worse then [sic] I thought,” Raaphorst wrote. “First I felt angry, then proud, but now I see this, I feel sad.”