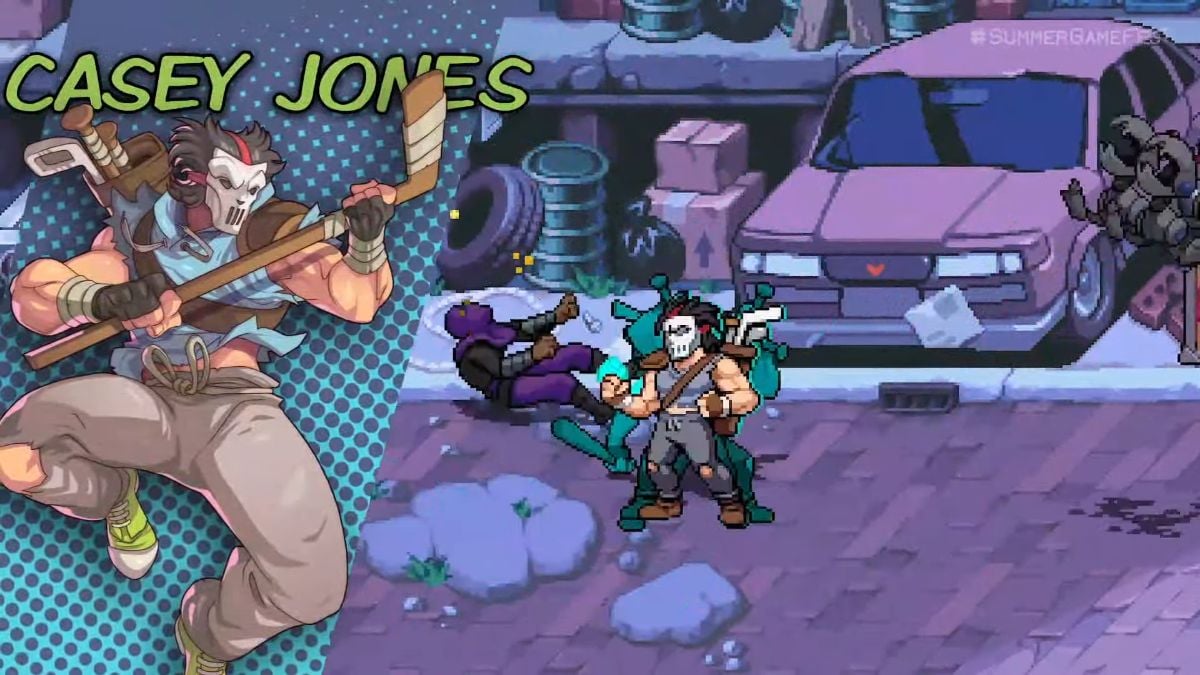 Image via The Game Awards YouTube channel and Dotemu

Longtime turtles’ ally Casey Jones will be smashing his way in Tribute Games’ and Dotemu’s Teenage Mutant Ninja Turtles: Shredder’s Revengeas a playable character. Gameplay footage for the character was shown off in 2022’s Summer Game Fest. Check it out below.

Casey joins Shredder’s Revenge along with the four main turtles, Master Splinter, and April O’Neil. Casey was the last major character from the franchise that had yet to be announced for the game. The new footage shows that Casey will be a powerhouse, using all his sports accessories to bludgeon enemies. The Summer Game Fest footage also revealed the game will allow up to six characters to play at the same time in each playthrough.

TMNT’s resident vigilante, Casey patrols the streets of New York with the turtles. He is a normal human man who uses the different pieces of sports equipment he has lying around as weapons. Casey is also known for wearing a hockey mask, similar to Jason Voorhees from the Friday the 13th franchise, and he has a budding rivalry with the red ninja turtle Raphael.

Shredder’s Revenge is an upcoming side-scrolling beat ’em up game that is meant to be an homage to the classic turtle arcade games from the 90s, like Turtles in Time. The game is based more on the iconography and aesthetics of the 80s/90s animated series, and even has the original voice actors from the 90s show reprising their roles as the four ninja turtles. The graphics for the game are 2D pixels, and the game’s story is a simple narrative that follows the turtles and their allies facing off a returning Shredder. The heroes need to stop Shredder and his evil ninja organization the Foot from ruining New York City.

TMNT: Shredder’s Revenge will release on PC, Nintendo Switch, PlayStation 4, and Xbox One on June 16.