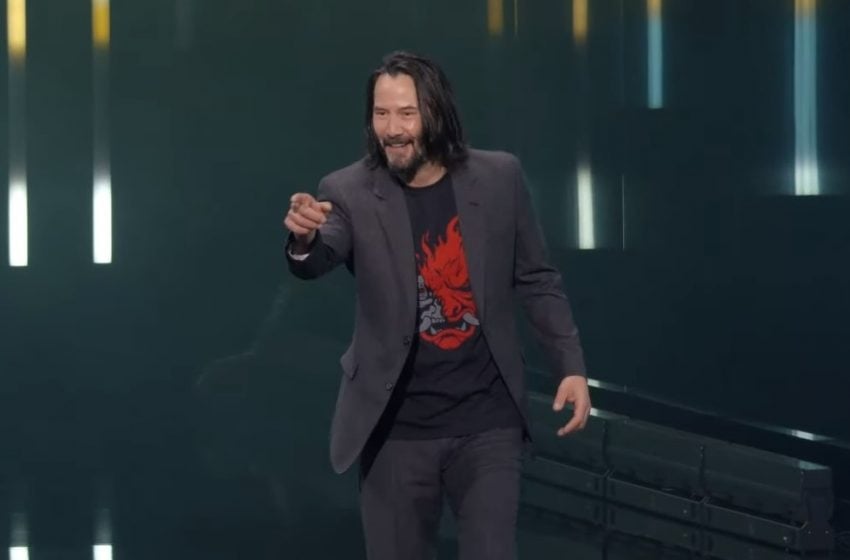 CD Projekt Red likes to celebrate milestone anniversaries for its staff, and for some, that means swag in the form of a guitar signed by Johnny Silverhand himself, Keanu Reeves.

The developer of The Witcher series and the upcoming Cyberpunk 2077 took to Twitter to show off the presents it will be giving to staff members who are hitting 5, 10, 15, 20, and 25 years with the company. Twenty-five years—essentially dedicating your working life to one company—is a long time, so you better believe the gift for that one is very special.

Each year we celebrate with the Rebels who hit some serious milestones at CD PROJEKT RED. This time we had 5th, 10th, 15th, 20th and 25th (!) work anniversaries to award – take a look at the unique gifts designed for that occasion! #insideRED pic.twitter.com/Breb6VWAqv

The studio showed off pictures of two guitars, a fantastic looking custom jacket, and a black case that says “Killing it since 2009.” The custom jacket bears the logo for the fictional band Samurai, fronted by Keanu Reeve’s character Johnny Silverhand in Cyberpunk 2077. For 25 years with the company, a lucky employee will get a replica of Johnny Silverhand’s guitar, signed by Reeves.

Such gifts and distractions will be a welcome break for employees at the company, as they approach the release of Cyberpunk 2077 on Apr. 16. The game will be the company’s first major release since the enormous success of The Witcher 3 in 2015. The anticipation for the game, which is based on Mike Pondsmith’s tabletop RPG, is considerable, and it is easily the biggest release of the year.

Keanu Reeves got a taste of the hype when he took to the stage at E3 2019 to announce his involvement with the game and reveal that he is playing the character of Johnny Silverhand in the game. Hopefully, a guitar signed by the man himself can sooth any troubles a certain long-serving employee might be feeling in the run-up to a make-or-break moment for the studio.