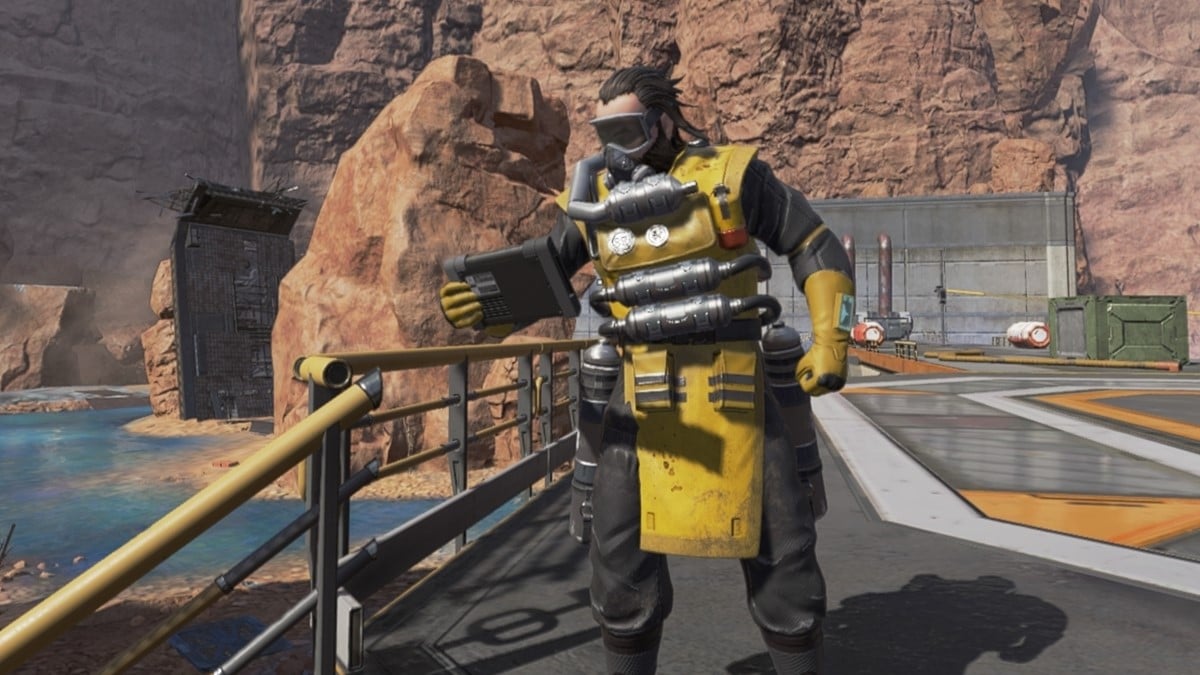 Apex Legends has never so quickly gone from one event into another than they are in March. The Anniversary Collection Event ends on March 2 (extended from the original February 23 end date), and the next event is coming shortly after.

The next event is themed around the defensive Legend, Caustic, and is called Chaos Theory. The event name was revealed early by a Nintendo Switch listing for Apex Legends from Target’s website earlier today, as the event launches with the Nintendo Switch launch, on March 9.

This event will be the first themed around Caustic, and will come with Caustic’s own Town Takeover, though the details have not been released yet. Currently, there is a teaser in-game featuring Caustic and an audio log of his, and more teasers will be rolling out leading up to the actual event.

More details surrounding the new Chaos Theory event will be coming soon, but given the structure of all the past events, we can expect the event to come with a new Prize Tracker, featuring some new trackers and other cosmetics.

On March 9, Apex Legends and the Chaos Theory event will be available on Origin, Steam, PlayStation 4, Xbox One, and Nintendo Switch.