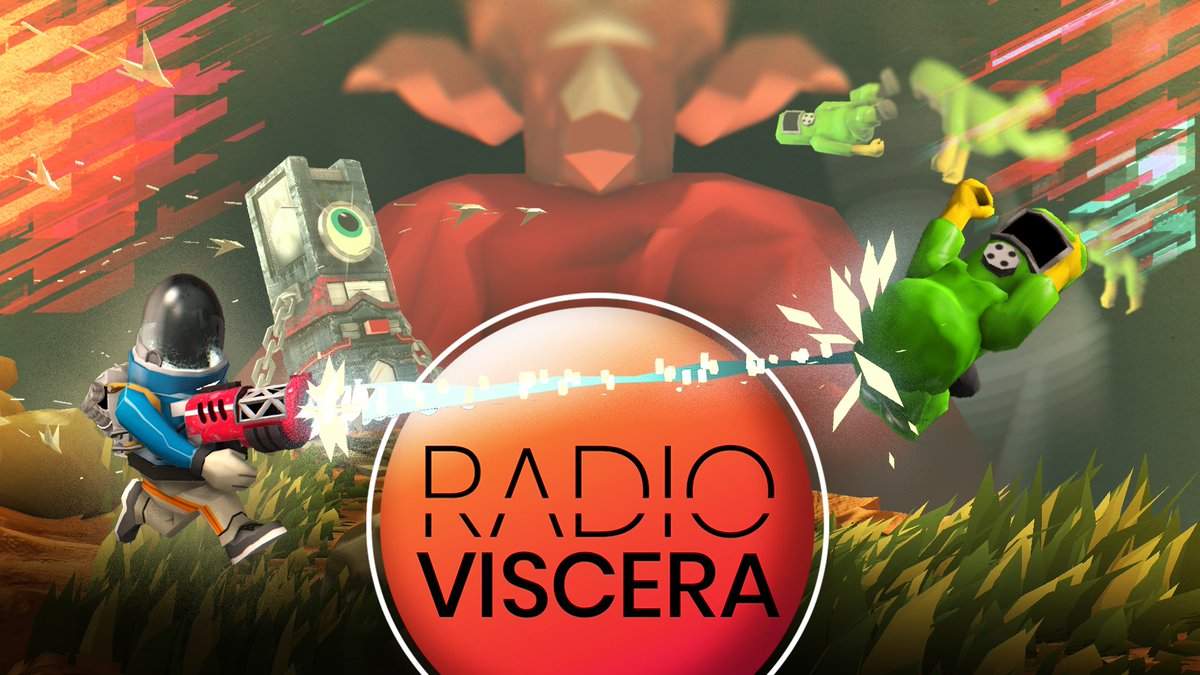 Alliance Games has announced the upcoming top-down arcade shooter Radio Viscera, developed by one-man-studio Fire Face Corporation. Radio Viscera is unique in a lot of ways, not the least of which being the fact that it has no conventional firearms or projectile weapons. Players will have to use a powerful airgun and their own ingenuity to overcome the opposition.

Make no mistake, despite not having normal guns, Radio Viscera is plenty gory. The game sends players back to 1999 and tasks them with dismantling a satanic Y2K cult. They will achieve this by blasting enemies into an increasingly deadly assortment of obstacles and machines found around the game’s levels. Much of the environments of said levels are destructible, and destruction is a big part of the gameplay.

Radio Viscera has another interesting feature in its automatic GIF generator. If you think you have done something particularly flashy in a play session, you can instantly clip it and export is as a GIF, which you can then share with friends.

Radio Viscera comes out on Steam in Q3 2021. It is available to wishlist on Steam right now. To keep up with further updates about the game, you can follow Owen Deery on Twitter, Deery being the sole developer behind Fire Face Corporation.