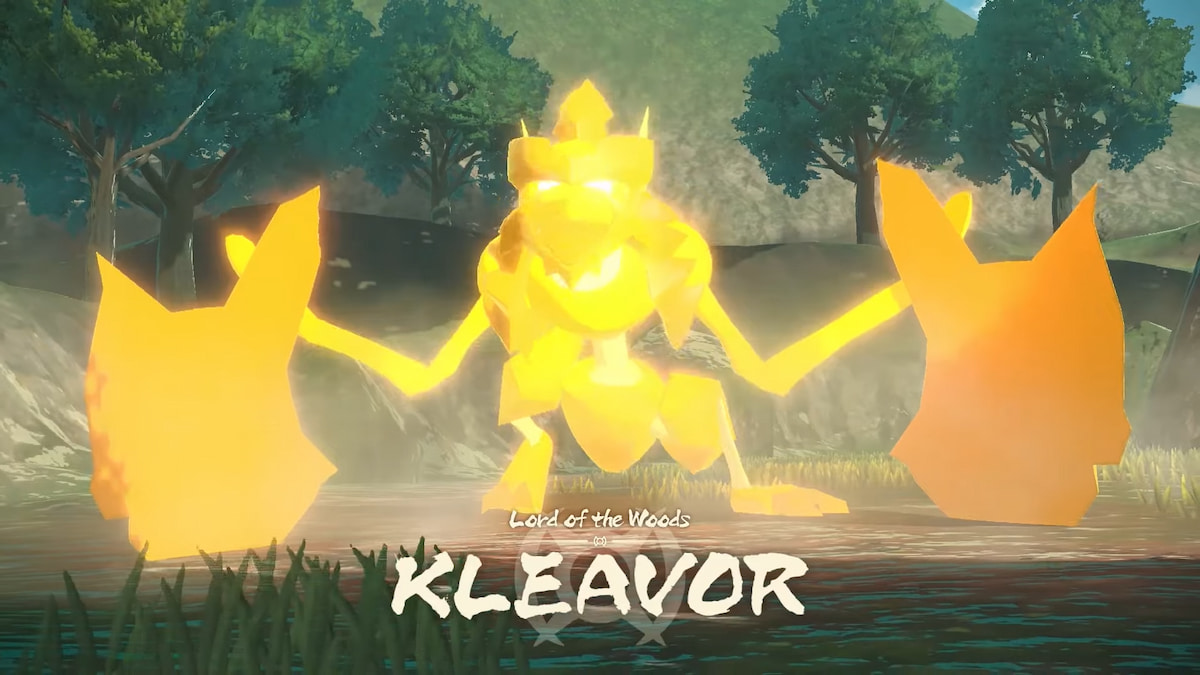 Pokémon Legends: Arceus is set to be an open-world adventure where players will encounter wild Pokémon in the ancient region of Hisui before it later becomes Sinnoh. A new trailer shows off some of the character customization opportunities you can have while in town, the Pokémon wardens, and a new species of Pokémon known as noble Pokémon.

The noble Pokémon appear to be the more challenging boss fights. Compared to the traditional encounters, they are much more complicated and have a significantly larger health bar. The one featured in the trailer is Kleavor, a Bug and Rock-type Pokémon new to the Hisui region, a Scyther evolution exclusive to Hisui. We imagine there will be additional Noble Pokémon announced before Arceus releases on January 28, 2022.

We also saw a handful of Pokémon wardens. These are trainers who will be working with the players and provided information about Kleavor during the trailer. What other purpose they serve is a bit unknown, but they might provide missions and assist players throughout their journey of Hisui.

The trailer also showed off some of the customization options players will be to equip on their trainer. You can play with the entire outfit and even take a photoshoot with your companion Pokémon while visiting Jubilife Village. There could be other villages throughout Arceus, giving players notable locations to rest and recoup before embarking on another expedition. We also briefly saw a crafting mechanic where players will create potions rather than purchase them from a shop.

We can expect to hear more about additional Noble Pokémon and other regional exclusives releasing for Arceus closer to the game’s release date in early January.