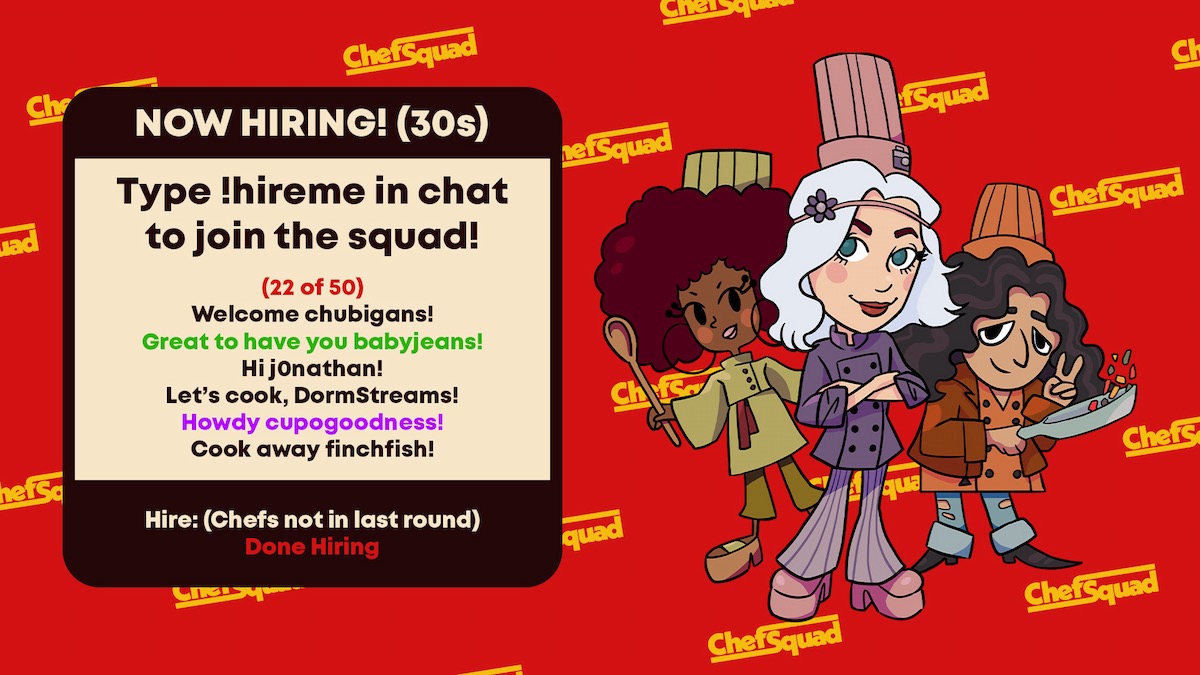 David Galindo of Vertigo Gaming Inc. announced the collaborative restaurant simulator ChefSquad via Twitter today. Built with Twitch communities in mind, this new restaurant simulator will allow one streamer and up to 25 viewers to run their own restaurant — Galindo confirmed that it’s also launching tomorrow, October 22.

The announcement included a video by Twitch streamer and ChefSquad team member whatifJulia explaining the basics of the game. Streamers take on the role of the head chef, while their viewers serve as cooks, the ChefSquad team member explained. The former then assigns the latter to various duties around the kitchen, including frying patties, chopping vegetables, or disposing of garbage.

To perform their assigned duties, viewers simply type commands in the chat; “!chz” or “!orderdone” would be used to slice cheese or communicate that an order is completed, respectively. The central objective of the game is to process and push out food orders in a timely manner.

Galindo confirmed on Twitter that ChefSqaud will require a minimum of five people for streamers to give orders to, but also that the game would support bots, allowing those lacking in viewers to still keep their kitchens staffed.