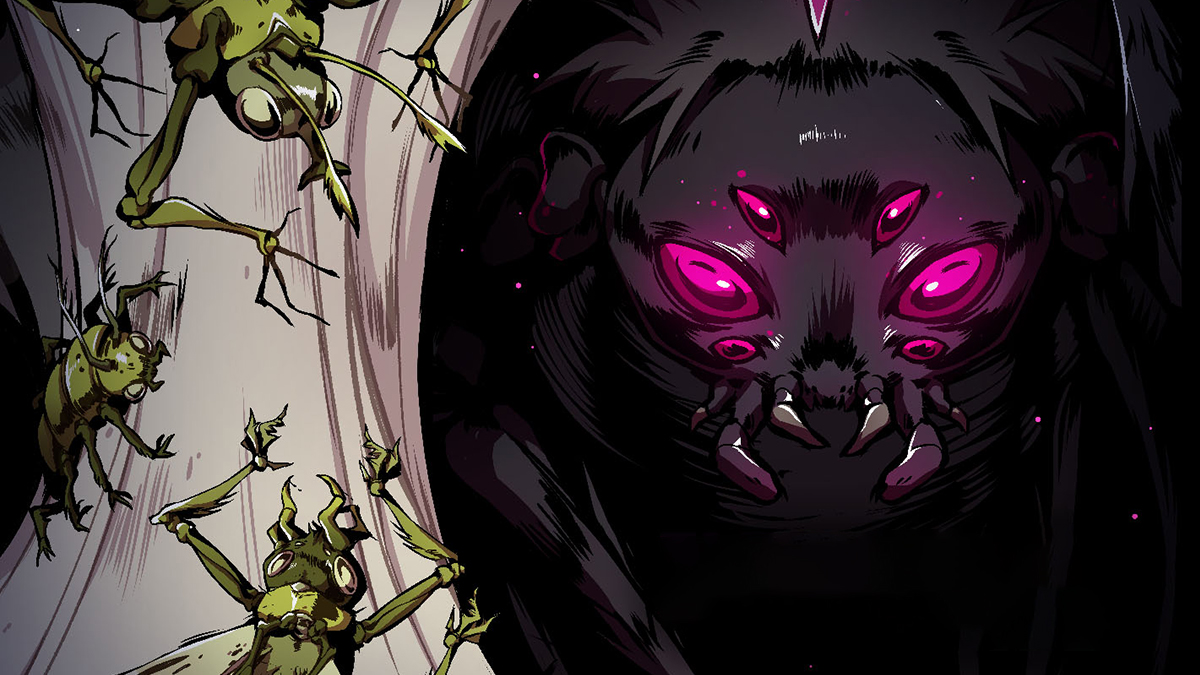 The original Black Widow came to arcades in 1982. Now, nearly 40 years later, the classic twin-stick shooter is getting a remake. Black Widow Recharged launches this Halloween.

For those unfamiliar, Black Widow is (arguably) the first twin-stick shooter to hit the arcade scene. You play as the titular black widow, defending your web from invading bugs. Mosquitos, beetles, and more crawl across the screen as you try to eliminate them and score points. There’s even a Bug Slayer that shows up to clear out the web for you in a tough spot, although you’ll miss out on points if you don’t eliminate enemy bugs yourself.

Based on the Black Widow Recharged announcement trailer, this classic gameplay seems quite well preserved, with a shiny new graphical upgrade too. Of course, it wouldn’t be a remake without new features. Recharged includes 30 challenges to test your skills and global leaderboards to compete with others for top scores. Additionally, all modes can be played with a second spidery friend in co-op.

The remake is being handled by Adamvision Studios and SneakyBox. The pair has already handled one Atari remake — Centipede: Recharged has just launched as of the time of this writing, in fact. Adamvision previously released Missile Command: Recharged as well.

Black Widow Recharged is the latest in this line of Atari remake, and it’s headed to the company’s own Atari VCS console. It’s also coming to PlayStation 5, PlayStation 4, Xbox Series X/S, Xbox One, Nintendo Switch, and PC. As for a release date, the trailer ends with a general “Halloween 2021” stinger. Halloween itself is Sunday, October 31, so perhaps Recharged will launch Friday, October 28. In any case, it’ll be here in time for spooky season.