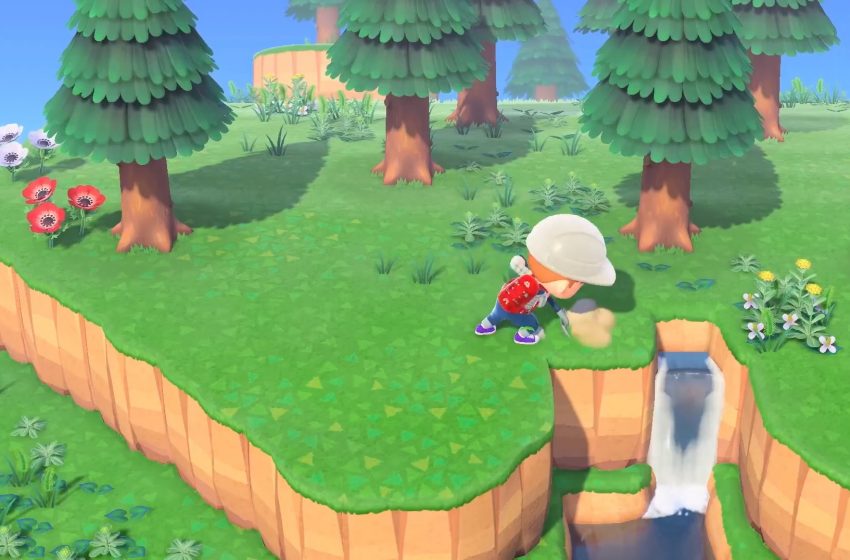 Getting around your towns in Animal Crossing has always been one of the most fun parts of the game, but it can sometimes be a little tedious as you must take the long way around a cliff face to get to the place beneath it.

Exploration is just about as key an aspect of the series that there is, but tools to make the task easier have been introduced, all of which can be crafted by the player in-game.

Announced during the Animal Crossing: New Horizons Nintendo Direct presentation, the player is able to craft a number of useful tools that will make traversing around your deserted island a breeze as you’ll be able to morph and construct the island in ways that were not possible in previous games.

The tools also allow you to make scenery changes, including adding to the cliffs, building slopes, and crafting ladders, among other cool features that make traversing your island much more pleasant. Examples that were presented during the direct included the player adding land to the edge of a river that narrowed its width, while it also showed that the cliff edge can be dug up and placed where the player wants to place it. This means that ramps, ladders, and other features can be built into the edge of the cliff, allowing for greater convenience with getting up cliffs.

The level of customization in the game is at a new level, and we expect there to be a number of incredibly creative island designs once the game releases and players are able to craft to their heart’s content.