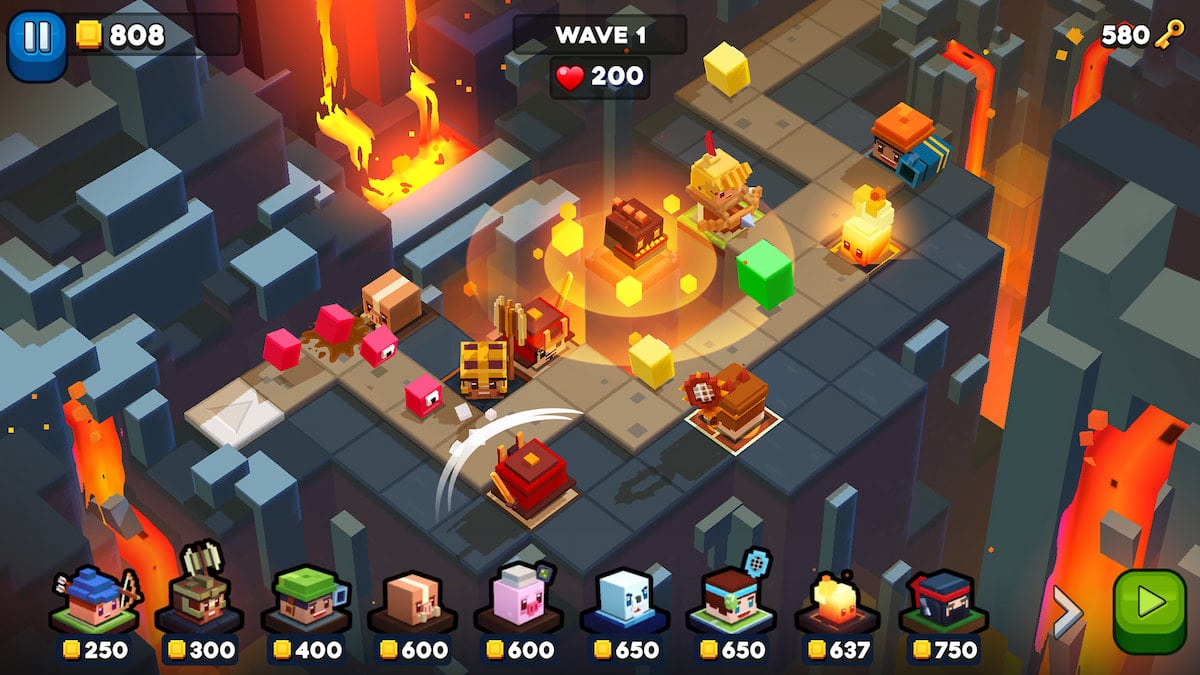 PlaySide Studios has announced that the company will be launching its latest game, Defend The Bits TD, for PC via Steam early access on June 15, 2022. This will be the first title developed by its newly established Australian studio, PlaySide North.

Defend The Bits TD is a vibrant and stylish tower defense game where hordes of enemy blocks will invade each puzzle while they make their way along a series of set paths to try and destroy you. Players will be able to plan their defenses with over 20 characters that have a number of upgrades and varying attacks. These characters are equipped with an armament of weapons standard to other tower defense games, such as bows and cannons. However, with Defend The Bits TD, PlaySide has encapsulated some playfulness by throwing a few goofy weapon designs into the mix, like frying pans.

With 15 environments that span across roaring volcanoes, beautiful grass fields, and icy forests, PlaySide Studios is keen for players to see what else it has in store for them. PlaySide North general manager Jamie Bentley said, “We are very excited to be launching the first title from our new Gold Coast development team, PlaySide North, and can’t wait to share news around some of our other projects very soon!”

PlaySide is Australia’s largest independent developer and has worked on dozens of titles and franchises, including Age of Darkness: Final Stand, The Walking Dead: Saints & Sinners, The LEGO Batman Movie, and more. The company recently signed an eight-figure (AUD) work-for-hire development agreement with 2K Games in January 2022.

Defend The Bits TD launches on Steam early access on June 15, and according to the store page, it is expected to be in early access for at least six months.