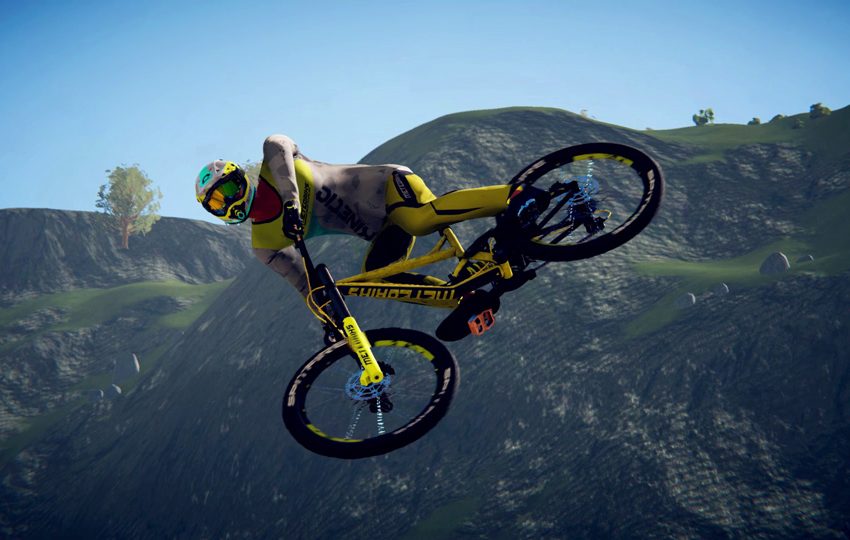 Indie downhill biking game Descenders is coming in physical form to PS4 and Nintendo Switch after publisher No More Robots teamed up with Sold Out, who specialise in bringing indie games to stores.

The announcement comes following the release of the game last year on Steam and Xbox One to a good reception. The game is relatively unique in that it offers a procedural element to the tracks, meaning that each run that you go on will always be different, meaning almost near endless replayability.

There is also the ability to perform tricks as you can control almost every element of the bike. At the same time, mutators also allow you to perform certain actions more reliably or keep the stability of your bike in order.

Console versions of the game were confirmed with the initial announcement of the game, but now the game will also see physical releases of the game on PS4 and Nintendo Switch. Today, Mike Rose, director at No More Robots announced:

While there’s no word as to why the game isn’t seeing a physical release on Xbox, with the game is currently on Xbox Game Pass, it would make sense that the game is not coming physically to the Xbox to encourage more people interested in playing to subscribe to the game pass.