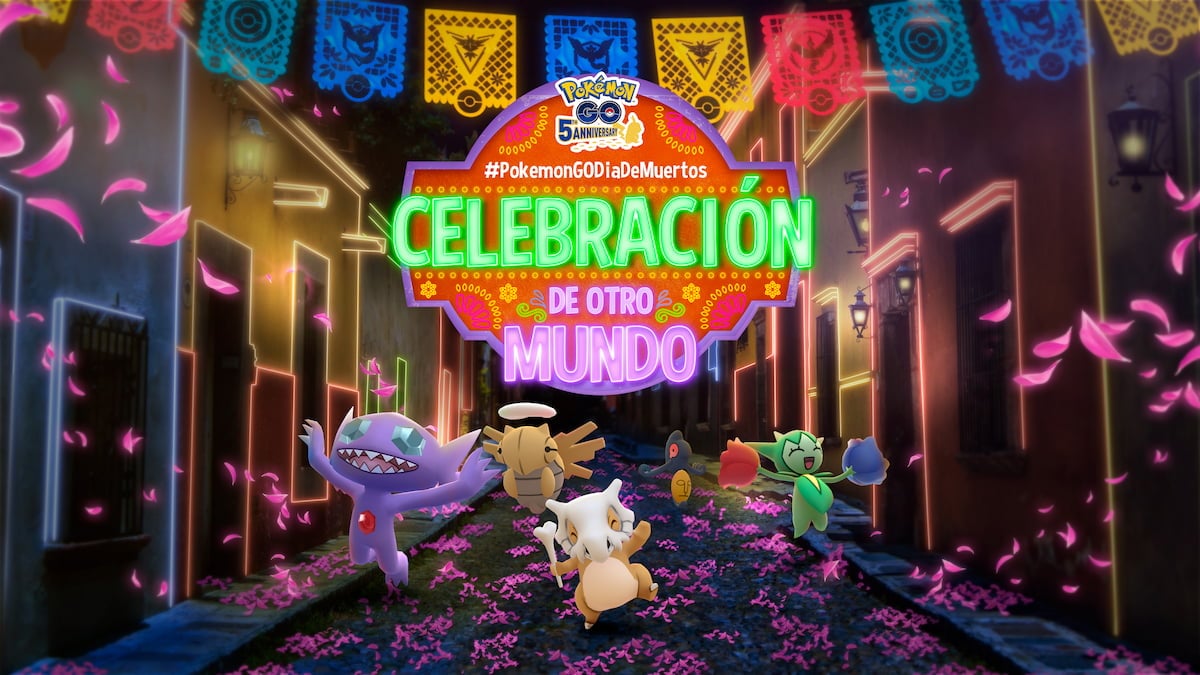 A Día de Muertos event is launching in Pokémon Go starting on November 1. It will be a short two-day event, wrapping up on November 2. There will be bonuses available for players worldwide, but those in Latin American and the Caribbean can look forward to additional spawns of the specific event Pokémon in the wild.

All players will encounter Cubone, Houndour, Murkrow, Roselia, Sableye, and Sunkern in the wild. If you’re lucky, there’s a chance Drifloon, Sunflora, or Yamask might appear. Out of all of these potential encounters, only Sunflora does not have a shiny version. All of the others have the chance to appear shiny.

When you activate incense on your avatar or use a lure module at a PokéStop, you have the chance to encounter Cubone, Drifloon, Houndour, Murkrow, Sableye, Sunflora, or Sunkern. For lucky players, Alolan Cubone or Yamask have the opportunity to appear. All incense and lure modules will also last for 90 minutes during the event.

There will be a free event box with 20 PokéBalls and an incense everyone can redeem during the event. The event box also comes with a Día de Muertos shirt for your avatar to wear.

On November 1, from 12 AM to 11:59 PM, there will be GO Battle Day, where players can earn four times as much Stardust for every victory. At the end of the Día de Muertos, the Halloween Cup will conclude.

The final feature players can look forward to during the event is the Día de Muertos Collection Challenge. All players who complete the challenge before the event ends will earn a Shedinja encounter, a Poffin, and an incense item.

The Día de Muertos event ends on November 2 at 8 PM in your local time zone.