Should women be in Battlefield V? DICE’s executive producer thinks so, and in a tweet from this morning, he stressed that adding playable female characters into Battlefield V falls in line with DICE’s approach to the Battlefield series.

During yesterday’s Battlefield V reveal, DICE and EA showed off the upcoming Battlefield title’s World War II setting, its gameplay, and most controversial of all, customizable multiplayer options that let players fight as female soldiers.

The game’s reveal trailer also focused heavily on a female Pathfinder, one of four playable characters available in the game’s Combined Arms co-op mode. That character, who has a steel claw for a hand and fights alongside the Allies against the German army, sparked outrage over whether her depiction is realistic for a World War II setting.

“Battlefield has abandoned historical accuracy for political correctness,” Milner tweeted, attaching a GIF with three soldiers riding a horse as one fires a flamethrower. “It’s, like, not even about the history anymore,” he continued, showing a fighter jet sliding off a building and blasting off into the sky.

After Milner’s thread went viral on Twitter, DICE Executive Producer Aleksander Grøndal ‏quoted the Twitter thread with a comment of his own, explaining that DICE’s decision to add female characters comes from their desire to create an entertaining experience, not necessarily a realistic one.

“We will always put fun over authentic,” he said. “This is what we have always done with Battlefield games,” he continued in a reply.

Battlefield V certainly isn’t the first World War II video game to put women on the frontlines. Call of Duty WWII let players customize their player characters’ gender and race, which led to some bizarre circumstances, such as Black women fighting for the German Wehrmacht.

But even beyond the realm of historical anachronisms, women did serve in combat positions during World War II. Throughout Nazi-occupied Europe’s resistance movements, women fought back against the Axis directly and indirectly. In one case, French resistance fighter Simone Segouin captured 25 German troops, derailed Nazi trains, and blew up their bridges. Meanwhile in the U.K., women served as “Ack Ack Girls” for anti-aircraft crews, where they spotted enemy planes, calculated the distance a shell needed to hit a target, and lined up a shot in a viewfinder for their male colleagues, who would load and fire the shot.

Most famously of all, the Soviet Union placed women into various combat roles throughout the war, with women serving as tank drivers, machine gunners, pilots, and above all, snipers. Relic Entertainment’s Company of Heroes 2, which takes place on the Eastern Front, embraces these roles by spawning female tank commanders and snipers while playing as the Red Army.

So while drafting women directly into the U.S. Army may not be the most realistic move from DICE, it does parallel women’s involvement in combat roles during World War II. Whether Battlefield V’s critics are willing to accept history’s facts, well, that’s another question altogether.

All Wedding Season rewards and how to get them in Animal Crossing: New Horizons 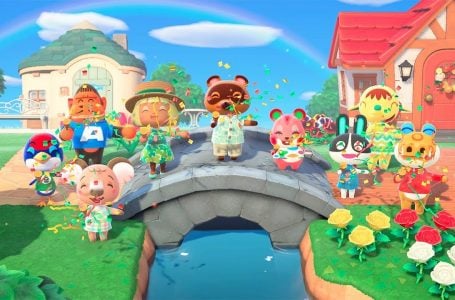 How to get Heart Crystals in Animal Crossing: New Horizons