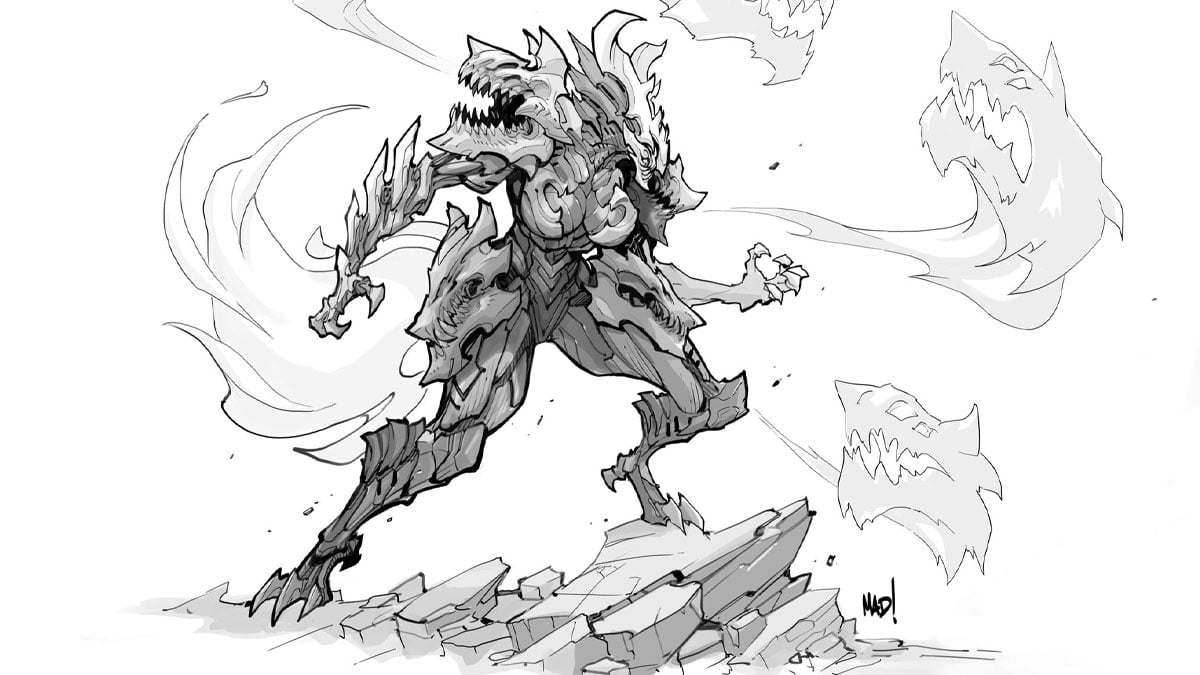 Digital Extremes have teamed up with comic book artist and game developer Joe Madureira to bring Warframe players something that they have always wanted. Madureira, known to fans as Joe Mad, has joined forces with the developers to design a werewolf-based Warframe, something that players have been eager to see in the game for years.

Madureira began his career at just 16 years old, interning for Marvel. He would go on to work on the Uncanny X-Men before leaving Marvel to create his own Battle Chasers series. He then moved into the video game space, working on titles like Darksiders before forming his own company, Airship Syndicate, and turning Battle Chasers into a video game.

In an exclusive design reveal before TennoCon, Digital Extremes Live Operations and Community Director Rebbeca Ford told us they didn’t want to go with a default werewolf design or mechanics. In the sketch by Joe Mad, you can see large wolf heads on both the shoulders and thighs and what appear to be ghosts flying around the Warframe.

During TennoCon, the team covered the design process, detailing the iterative nature of creating a Warframe with a design that could bring a new range of influences to the process. There were not many details to give on how the Warframe will play or any possible name it might release under, but it’s fantastic to see something fans have wanted for so long in production.