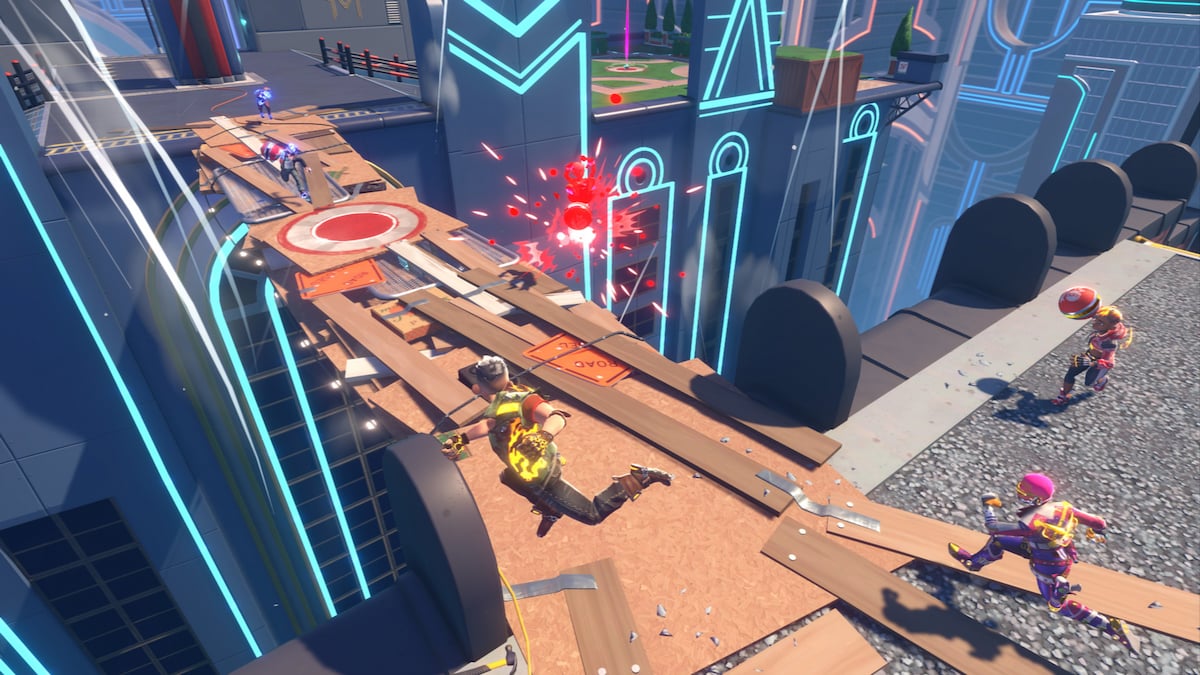 If you can dodge a person, you can dodge a ball. At least, that’s the message being put forth by Knockout City, a new multiplayer title being developed by Velan Studios. After its reveal in February, the game had a closed beta. But now, the gym’s open to anyone that wants in. From April 2 to April 4, Knockout City will have an open beta across all platforms.

The premise of Knockout City is fairly simple. Two teams of three clash in an arena, where enemies are defeated not with bullets or guns but with dodgeballs. Players can use fake-outs, trick shots, tackles, dodges, and powerful abilities to knock their opponents out. And when a ball isn’t in sight, you can just use a teammate. Just be sure you don’t mess with them.

If this sounds good to you, you can start preloading the game’s open beta now. It’s available on PlayStation 4, PS5, Xbox One, Xbox Series X|S, Nintendo Switch, Steam, Origin, and the Epic Games Store. Participating in this open beta will also give you some special loot to bring into the game when it launches on May 21. Everyone that plays this weekend will receive a special glider and player icon.