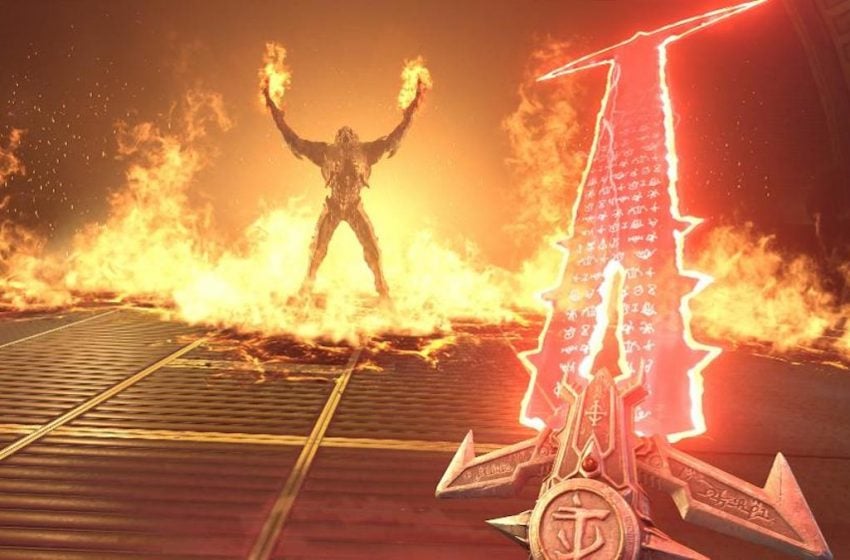 If you’re wondering just how long Doom Eternal will give you to mush demons into a bloody pulp, we’ve got a pretty good idea.

A new story on GameSpot provides an excellent idea of just how long it’ll take to get through the main story of the forthcoming sequel. Creative director Hugo Martin said during an interview that it’d take a while to rip and tear through everything.

“We’re hell-bent on engaging you from beginning to end,” Martin explained. “This is a 22-plus hour game.”

That’s a nice change of pace from the usual shooters that take just a few hours to plow through. And that’s probably not even taking note of going through the whole thing again on a much higher difficulty level. (Nightmare, anyone?)

He then explained how that compares to the 2016 Doom release. “You’ve seen more in the first two to three levels in this game than you do in the entire Doom (2016), without question.”

But there’s a precise balance to all of it, so you won’t merely dominate throughout. “The fun is mastering it, because that power fantasy, you’re going to earn that…the game is just going to let you put it on display,” Martin continued. “The third act of the game is just like, ‘Okay, let’s see how you do.’ It’s Bruce Lee walking into the dojo, just like, ‘I’m going to wreck 30 dudes,’ you know?”

With lots of secrets, combat challenges, puzzles to solve, and, of course, violent demon encounters to conquer; Doom Eternal sounds like it should be packed. You might want to set aside time on your schedule now because you’re bound to be in Hell for a while.

Doom Eternal releases on March 20 for Xbox One, PlayStation 4, and PC; and will release on a later date on Nintendo Switch and Google Stadia.