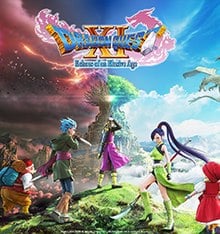 After struggling to find a worldwide audience for years, the Dragon Quest series may have finally broken into western gaming culture with its latest outing.

Square Enix has announced that Dragon Quest XI: Echoes of an Elusive Age has a total worldwide shipment and digital sales of 5.5 million copies. The figure includes all versions of the games; PlayStation 4, PC, and Nintendo Switch. Switch version was released in September of this year under the Dragon Quest XI S and incorporated bonus features.

Square Enix released a press release from Yuji Horii, creator of the Dragon Quest franchise and game designer, and we have it below for you via Gematsu.

“I strongly believe that this figure has only been achieved thanks to our fans who have always loved the Dragon Quest series and also the new players who discovered Dragon Quest or JRPGs through this title. If I could ever go back in time to meet myself when I was still making the very first Dragon Quest, I would love to tell him, ‘In 30 years’ time, Dragon Quest XI: Echoes of an Elusive Age has been released and loved by international fans beyond seas and languages.’ I will carry on doing my very best to deliver further Dragon Quest titles to our fans worldwide. Thank you very much to all the fans who have enjoyed the title!”

The Dragon Quest franchise is an RPG-focus series that has been popular in Japan for years, yet has never found much traction in western countries until now. The success of this most recent entry could be attributed to the more significant marketing push by Square Enix, which included having the protagonist of XI be a playable character in Super Smash Bros. Ultimate.

We are happy to see Dragon Quest have renewed interest in the west, and hope it will keep up the momentum in future installments.