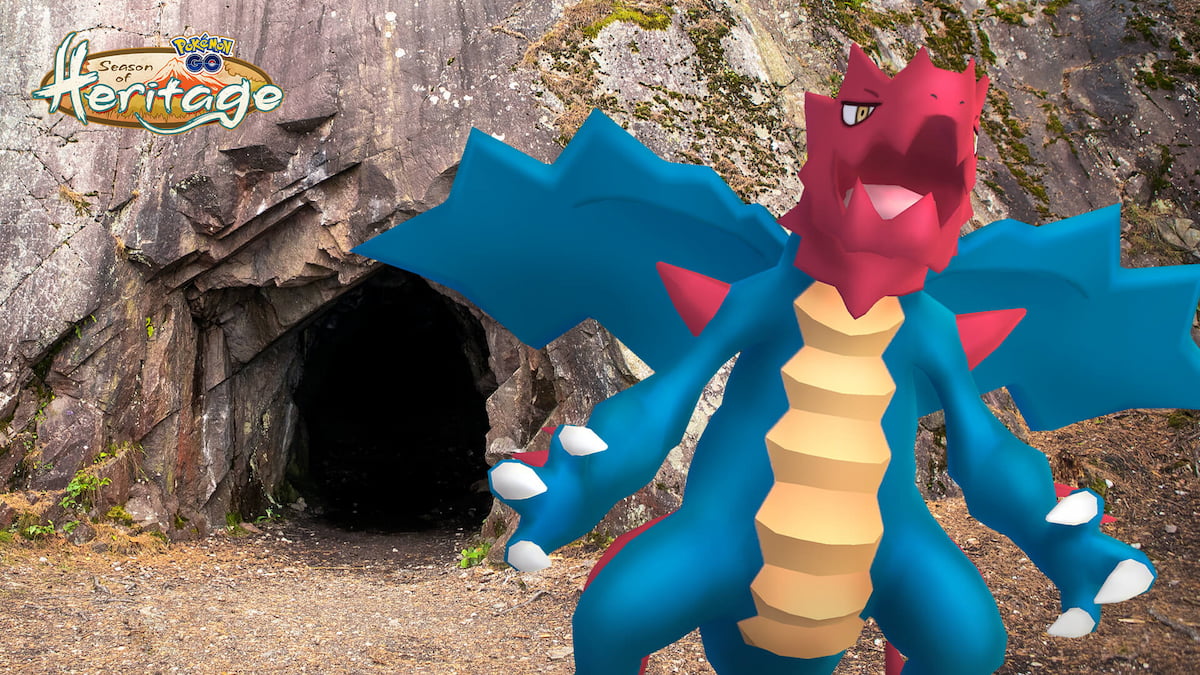 The Season of Heritage in Pokémon Go involves players unlocking the mysteries of a doorway discovered by Professor Willow following the conclusion of the Season of Mischief. The first Pokémon to debut for the season will be Druddigon during the Dragonspiral Descent event. You’ll also have a chance to capture a shiny version when it arrives.

Druddigon will be appearing in the wild during the Dragonspiral Descent event, along with several other notable rare Pokémon, such as Dratini, Darumaka, Deino, Dragonair, Tranpinch, and several others.

The Dragonspiral Descent event will be happening from December 7 to the 12, giving everyone a full week of increased spawns. There’s also the chance for Reshiram and Zekrom five-star raids if you have a viable team to take them down during the event.

Following Duddigon’s debut, it will be returning to the wild and likely a rare spawn pool because it’s a Dragon-type. However, the fact it’s appearing a shiny type when it arrives is rewarding for players who are often seeking this form.