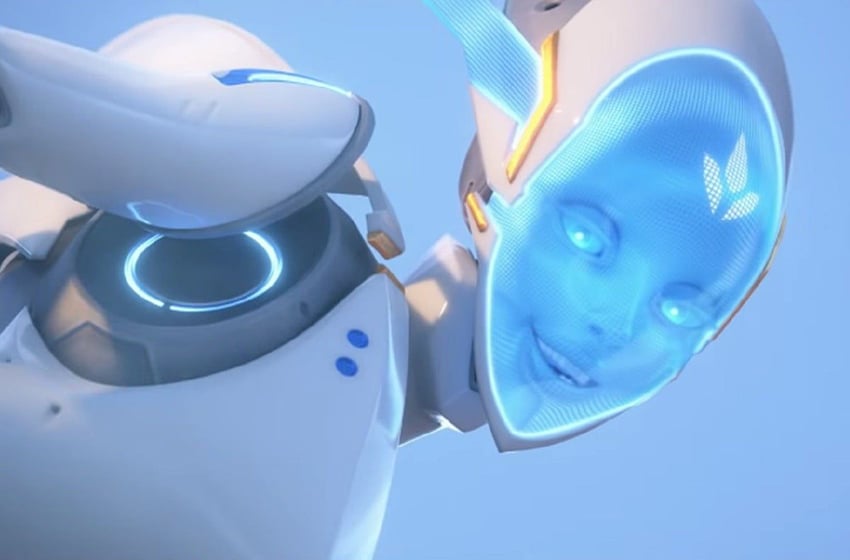 After a couple days of short teases, Overwatch’s newest hero is confirmed to be Echo, a unique omnic that we were first introduced to in the “Reunion” cinematic short at Blizzcon 2018. She was confirmed in the short origin story sent out on the Overwatch Twitter account this morning.

The short video shows Echo’s creator, Dr. Mina Liao, moments from death, reminiscing how she went from helping create the omnics, to joining Overwatch to help fight them. The way her voice transitions from her to Echo seems to indicate the AI in Echo has some hint of Dr. Liao’s conscience.

As of now, we do not know when Echo will be available on Overwatch’s PTR, but we at least have hints of how she will play. During Overwatch 2’s announcement cinematic at Blizzcon 2019 we saw a quick snippet of Echo flying around and shooting some kind of electric discharge shots at a group of Null Sector omnics. These shots implied that she will have an area of effect attack, but we do not know if this will be her primary fire or an ability.

Like Mercy and Pharah, her flying should have some sort of drawback in-game. Mercy can only fly toward allies unless she is in her ultimate, which allows her complete freedom to fly where she chooses. Pharah’s jetpack is controlled with a meter and is has much more vertical movement than horizontal.

Blizzard has not explicitly revealed what class Echo will be in. She seems to be tall enough to go in the tank category, but she is pretty thin, so damage and support categories are not out of the realm of possibility. It will largely come down to what the rest of her abilities are.