In an extremely random yet entertaining interview with Game Informer, Ed Boon was asked 166 random questions about everything Mortal Kombat related. From which Mortal Kombat characters would survive a bullet to the head, to the origins of Scorpion’s “Get Over Here” line, the silly interview was filled with precious lore and relatively unknown secrets about the Mortal Kombat Universe.

Interesting enough, however, Ed Boon also mentioned that only six months ago, he was shown a script for an upcoming Mortal Kombat movie. Ed Boon didn’t seem to be personally involved with the unannounced project, but fans of the cheesy yet classic Mortal Kombat movie from the ’90s may have something to look forward to. Ed Boon also hinted at cross-play becoming a possibility during the lifetime of Mortal Kombat 11. While Ed Boon said the feature wouldn’t be at launch, the NRS team is extremely open to the idea.

Despite the interview being intentionally silly, Ed Boon also discuss the many triumphs and failures of the Mortal Kombat series. Seeing legendary developers become introspective about their work is always awe-inspiring. If you’re curious about Ed Boon opinions about anything Mortal Kombat related, check out the video below. You’ll never guess which fatality the Mortal Kombat creator is ashamed of!

Does Rufflet have a shiny version in Pokémon Go?

Everything about the Pokémon The Movie: Secret of the Jungle event in Pokémon Go – Shiny Celebi 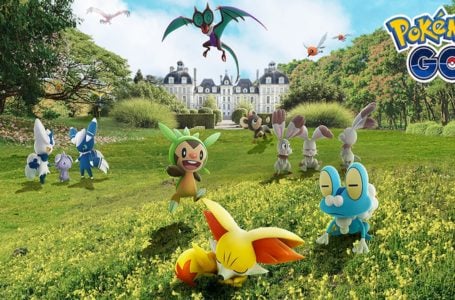 Where to find Froakie in Pokémon Go