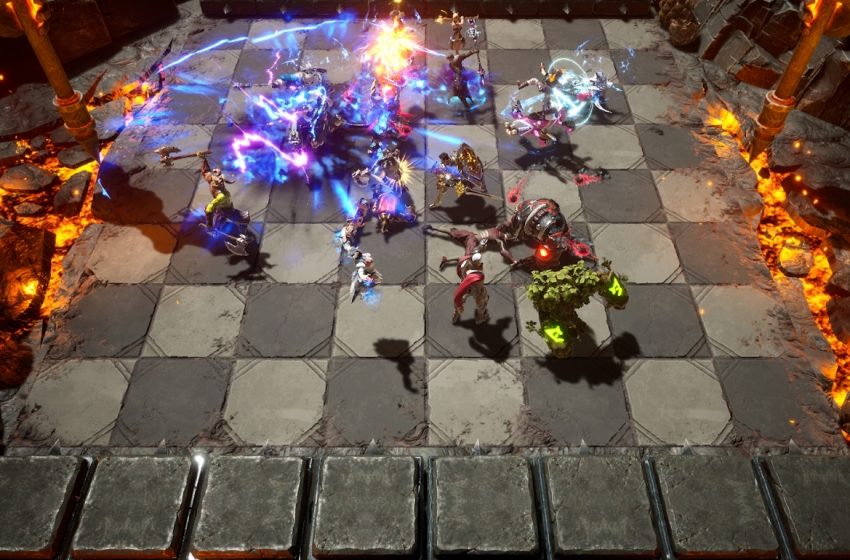 Auto Chess, Dota Underlords, and Teamfight Tactics all put a unique spin on aesthetics, mechanics, and features that make them stand out among the slowly growing autobattler genre, which is something developer Pathfinder8 is trying to showcase with Epic Chess.

Launching later this year, Epic Chess is going to try and push for on the fly strategizing, with multiple systems that will let players pick how they approach each match with little to no penalty for changing things up mid-game. You can test out some of those systems now by signing up for the closed beta, which is currently accepting applicants.

The game works around a non-limiting “Hero Select System” that allows players to choose their heroes before the game starts and start their strategy there, which is a common practice in most autobattlers. Instead of forcing this upon the player, there is a secondary “Rune System,” which lets players adjust hero drop probability and playstyle to help them adjust their strategy even if they decide to pick heroes that might not be at the top rank to start.

Pathfinder8 focused on making sure each of their systems worked as they want them to and fine-tuning them based on player feedback that the developers will get during the closed beta.

“We would like to see how players react to the new rules and systems we added, which would give them many ways to strategize,” Pathfinder8 said. “We saw the good part of auto-battler but also added the strategy to improve the game system and would like the players to experience the joy of the team strategy PVP.”

The developers are focused on removing early-game restrictions and letting players more openly react to their opponent’s strategy, whether that be in team battles or the single-player mode. This means less restrictive early-game elements, more options during hero selection, and lessening any penalties that switching strategies might incur in other games.

On top of that, the game will offer players who might be behind during combat a chance to make a big comeback by providing them with rewards even if they end up losing some of the clashes. Pathfinder8 hopes that this will promote a more competitive mindset to be upheld even when someone holds the lead over another player.

The closed beta is accepting applicants until April 5, with key distribution set for April 7. Players who participate in the closed beta will receive an exclusive profile and picture frame, with the chance to earn more rewards for the upcoming early access release too.