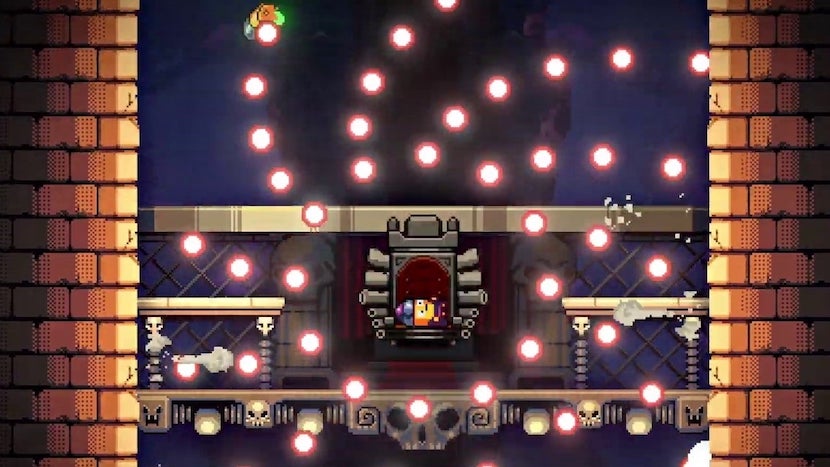 After spending a few months as an exclusive to the Apple Arcade service, Dodge Roll Games’ Exit the Gungeon is set to blaze its way to other platforms.

In a new post on its Twitter account, the developer confirmed that the fast-paced shoot-em-up will arrive on PC and consoles “early this year.” There wasn’t any kind of release date given yet, but PAX South and PAX East are taking place soon. Either of these shows would be ideal locations to reveal information about it.

Enter the Gungeon has surpassed three million copies sold and we're so thankful for the community's support!

Excited to release House of the Gundead to arcades and Exit the Gungeon on PC and consoles early this year!https://t.co/AHdRfzuVXw pic.twitter.com/mTgj7MzGvX

Aside from that, the team’s original release, Enter the Gungeon, has become one of the most popular indie games out there. In the same Twitter post, it confirmed, “Enter the Gungeon has surpassed three million copies sold and we’re so thankful for the community’s support!” The game has made its way to a number of platforms, starting on PC and eventually making its way to Xbox One and PlayStation 4. It’s a safe bet that Exit the Gungeon will arrive on all of these platforms as well.

Finally, Dodge Roll Games reminded gamers that it’s bringing the Gungeon experience to arcades, too. House of the Gundead is set to debut sometime this year, though no new information is available at the present time. Still, for those that love a good arcade shooter like Time Crisis and House of the Dead, keep an eye out for this one.

If you need a reminder of just how rad a game Exit the Gungeon is, check out the trailer below. You can check it out on Apple Arcade now.