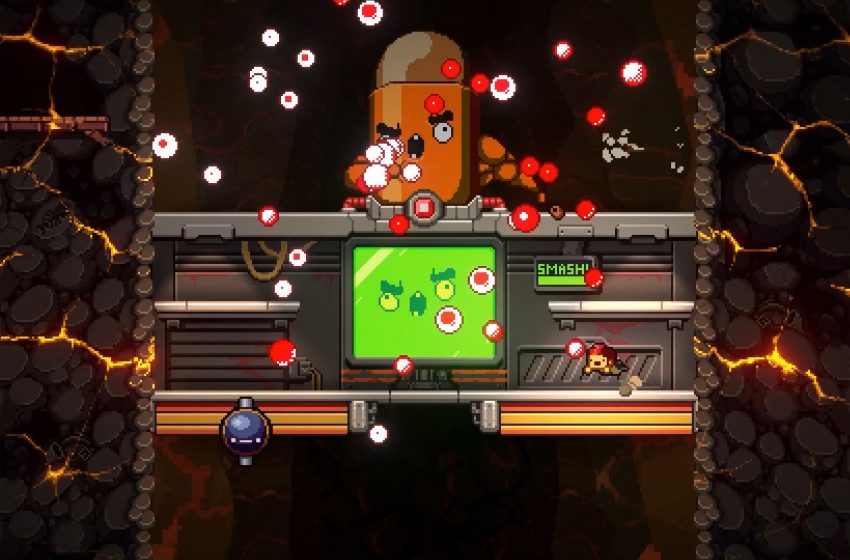 Exit the Gungeon, the appropriately titled sequel to the hit indie dungeon crawler Enter the Gungeon, was revealed to be coming to the Nintendo Switch today during Indie World presentation. On Twitter, developer Dodge Roll Games also announced the title would release on Steam today.

Nintendo’s Indie World presentation teased upcoming Nintendo Switch games, most of which are timed exclusive releases for the handheld console. Tucked at the end of the presentation, though, was a surprise sequel to Enter the Gungeon, with a surprise release date of today.

Exit the Gungeon released on Apple Arcade last autumn. The game follows the same path, mechanics, and theme as the predecessor. Exit the Gungeon is a bullet hell dungeon climber that takes place immediately after the events of the first game. This time, the Gungeon is collapsing after becoming a paradox. Each hero must ascend through the Gungeon, following their own path of elevators and ever-changing arsenal of weapons. And hats. Can’t forget the hats.

The first game released in 2016 and sold over 1 million copies in its lifetime. The game’s difficulty is one of its strong points. While early reviews were frustrated with the difficulty level, the developers defend it. The sequel will likely have the same level of difficulty as players race to exit the collapsing Gungeon.

Originally stated to release May 20 on Steam, the game will release for both the Nintendo Switch and Steam sometime today. For curious players that never bought the first, thanks to Steam’s Midweek Madness, the first is half off.