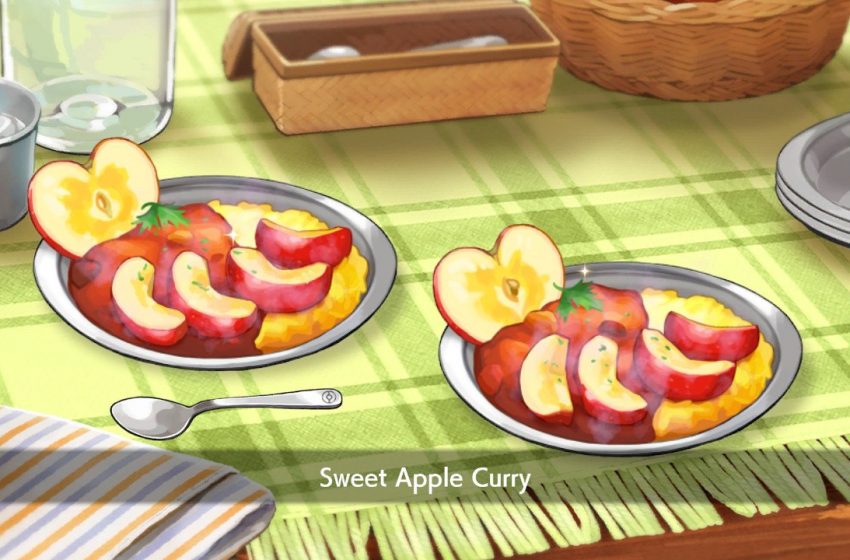 Not all fan creations are fan art. as one fan proved when recreating the curries found in Pokémon Sword and Shield. And the results look delicious.

The curries in Pokémon Sword and Shield can be unusual combinations, ranging from inedible to pure decadence. Sweet Apple Curry is one of the recipes in the games that has real-life potential, as Reddit user Calvaroni showed off in their latest fan creation. (Hopefully no Appletuns were harmed in the making of this delight.)

The user is a skilled cook and has undertaken the daunting task to recreate the Sword and Shield curries, beginning with the Sweet Apple Curry. “I love making curries and I usually grate in apples, but this time tried adding just gigantic chunks into it,” Calvaroni said in a comment. “I was surprised they didn’t disintegrate! But they played really well with the gochujang I added in.”

The result matches the in game content perfectly. “I’d say it tasted Charizard class,” they added, “but my programmer who also ate it said it didn’t increase his friendliness enough.”

In a couple comments, the creator stated they didn’t save the recipe and usually just wings it, but they did their best to write down their process from memory.

This is the first recipe in their ambitious goal. The second project is Sour Toast Curry, utilizing sourdough bread. The goal is ambitious, with over 100 different types of curries in the Sword and Shield games. We are most excited to see their rendition of Whipped Cream Curry.

The creator stated that after the Pokémon curries, they will move onto Breath of the Wild recipes. They also created an Instagram page from which to easily track their culinary journey.