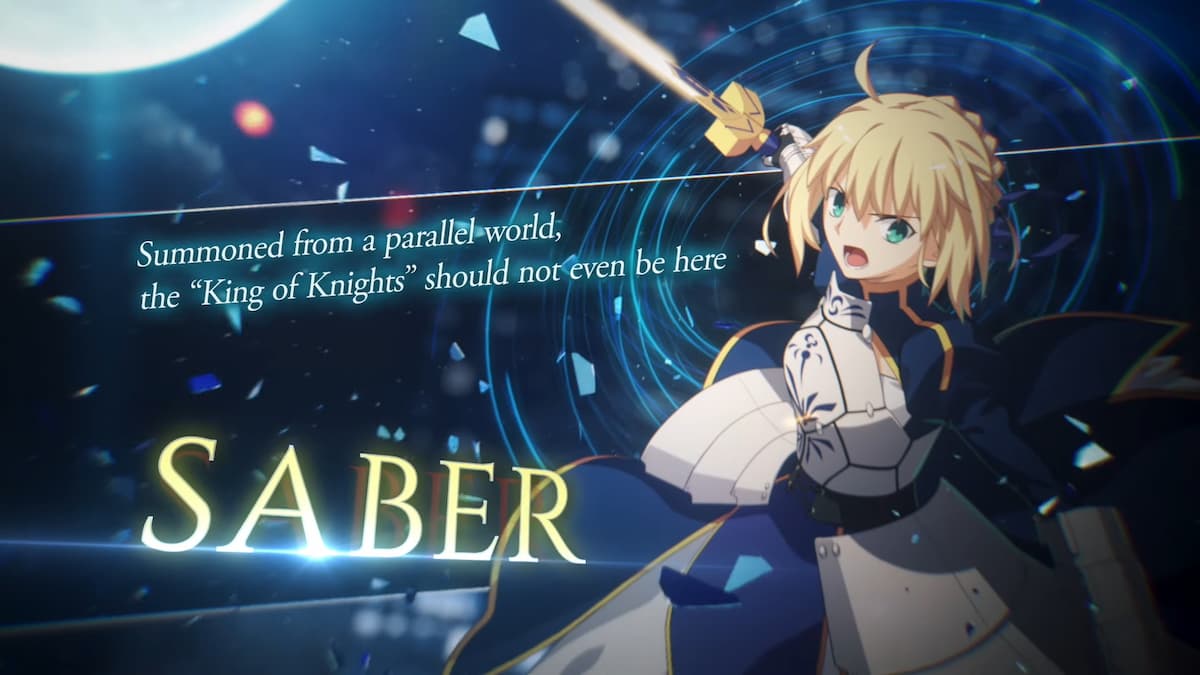 In a livestream on Type Moon Games, Sabre from the Fate/ Grand Order series was revealed as a guest character for the upcoming fighting game Melty Blood: Type Lumina.

The trailer showed about 30 seconds of gameplay, with her facing off against Acrueid Brunestud. The description in a separately released trailer on their channel describes Sabre having “many combo attacks, and her battle style relies on closing in from mid-range and performing rush attacks.” It seems like she’ll be somewhat of a rushdown character, being able to catch her opponent with mid-range sword swipes, and then moving in with faster attacks.

Sabre’s official character page describes her as “A knight with braided blonde hair, shining blue and silver armor, and a somewhat cold attitude” and also makes note of her somehow appearing in the world of Melty Blood. Type Lumina does seem like it will have some story episodes that players can experience, so it’s likely how she ended up in that world will be covered in the game.

The Melty Blood series is a series of doujin fighting games based on the visual novel Tsukihime, all developed by Type Moon Games. The original Melty Blood was released in 2002, two years after the release of the visual novel. The developer also made Fate/stay night, the first game in the Fate franchise, which eventually spawned the popular online RPG Fate/ Grand Order.

Currently, Type Lumina has no season pass planned for any future characters, but Sabre being the final character reveal before release could point towards the game having more guest characters down the line. Important to note is that the game has rollback netcode, a form of netcode that is preferable for most online players as it essentially “predicts” what both players will do, reducing lag by a huge amount. This could contribute to the game’s success, as even popular titles like Dragon Ball Fighterz do not use rollback.