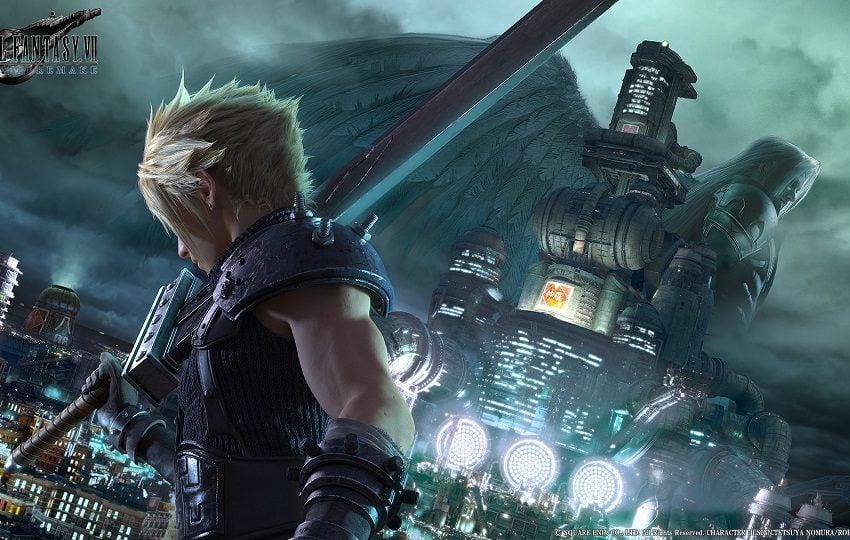 A data mine of the Final Fantasy 7 Remake has flooded the internet with new, as-of-yet-unseen details about the upcoming reimagining of the RPG classic.

Earlier this week, the opening cinematic was leaked, which hinted at a possible demo. The leak allowed data miners to access files and details related to the full game, including playable characters, weapons, abilities, mini games, and character weapons, and hinted at the possibility of a PC release.

It began with the leaked demo. According to the Dark Side of Gaming, the file appeared on the PSN, and data miners were quick to jump on it. They found that the demo will be 22.54 GB in size, which is quite a large file for a demo. According to Push Square, the full playtime will be about an hour.

Hello FF7 Remake, you want to hide from me? ?‍♀️ pic.twitter.com/NAISQRdxEE

Her efforts were successful. Tucked away in the demo’s files was a folder containing all of the abilities for all of the playable characters.

Some “Abilities” in FF7R for you ? pic.twitter.com/ceCw5JPtEr

Fans familiar with the series and the original PlayStation game will recognize many of them. Abilities shown include Aero, Blizzard, Heal, Cure, Raise, Reflect, and many more.

Continuing her search, roXyPS3 found the folder for weapons, and in doing so, revealed playable characters.

These characters probably aren’t a surprise since it’s a remake, but the list includes Cloud, Tifa, Aerith, and Barret. These characters were already revealed in the promo art for the game and early demos, but it’s nice to see them officially listed.

It’s more than just the characters, too—it’s their weapons. The folder shows six weapons for each character, except Aerith, but the image cuts off another file. There is more to the weapons list, but we may need to wait for the main game to see everything.

Finally, in a comment to another user, roXyPS3 referenced a PC release. According to her, there are “many signs” that there will be a PC release later. We already know that the game is a PlayStation exclusive for a year, but that doesn’t eliminate the possibility of a PC release in 2021, according to Dark Side of Gaming.

Yeah already discussed this yesterday in Discord with others that there are many “many” signs inside the Demo that we will see a future PC Port sooner or later. There is PC Code still left inside, and it mentions various higher Resolutions together with some NVIDIA and AMD stuff.

The demo is still unreleased. Its presence is unofficially confirmed at this point, so it’s likely only a matter of time before it releases in an official capacity.

Final Fantasy 7 Remake is scheduled to release in full March 3, 2020.