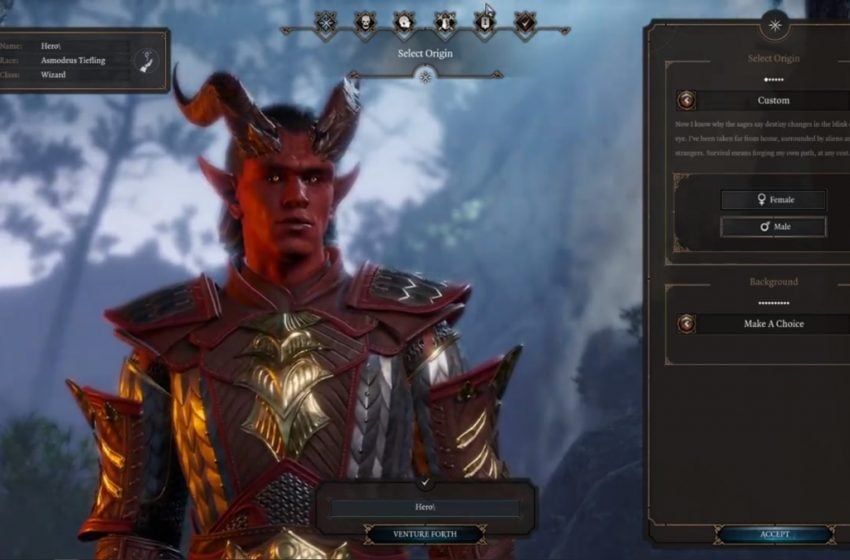 We now have our first look at Baldur’s Gate 3 from Larian Studios thanks to a Worldwide Reveal live stream from PAX East.

The first portion of the live stream shows off the variety of different races players can choose for their hero. They can pick a human, Tiefling, Drow, Githyanki, Dwarf, Elf, Half-elf, Half-drow, a Halfling, and many others. These choices will be the big ones players have the chance to try out when Baulder’s Gate 3 comes out in early access. The Elf and Dwarf species options also featured as sub-species choices, such as a Hill Dwarf, or a High Elf.

There are six classes available in the game’s early access. The preview of classes includes Wizard, Cleric, Fighter, Ranger, Rogue, and Warlock.

Players have the option to forgo a customized choice to instead choose to play as an Origin Story. An Origin Story features a character with an already chosen race and background, but players get to choose the class the character plays in the game. These were quite common from Larian Studios’ Divinity: Original Sin 2.

Further into the nearly two-hour-long reveal, we see perfect examples of how choices matter in Baldur’s Gate 3, how combat functions, and several other interesting aspects Larian Studios is bringing to the Baldur’s Gate universe. We did not learn a release date for the game’s early access, though, the developers are growing closer. We can expect to learn more later in the year, with additional details regarding how much of the campaign we can play.