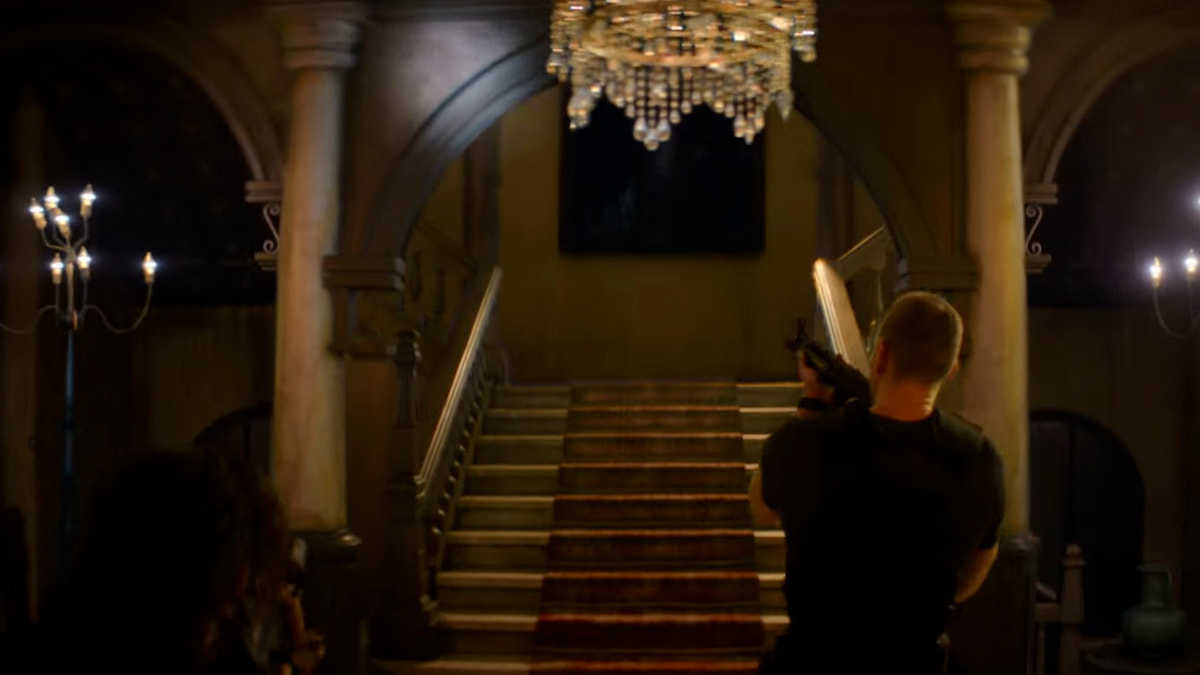 The live-action Resident Evil movies have a bit of a notorious reputation amongst fans of the games. They were heavily criticized by many for disregarding the plot of the series, as well as for shifting toward a more action-heavy film over being scary. Writer and director Johannes Roberts is seeking to change that with his reboot of the film series, Resident Evil: Welcome to Raccoon City.

The film’s first trailer was released today and gives us a peek at the atmosphere Roberts will be aiming for. Immediately, you’ll notice a greater emphasis on the horror factor of the series. Welcome to Raccoon City is an adaptation of the first two Resident Evil games, and the trailer introduces us to the new versions of series protagonists Claire Redfield (Kaya Scodelario), her brother Chris (Robbie Amell), and Leon S. Kennedy (Avan Jogia).

Claire is back in Raccoon City on a mission to expose the sinister secrets of the Umbrella Corporation, which sends the group to the Spencer Mansion featured in the first game. The movie is recreating many iconic moments fans will be familiar with, such as the reveal of the very first zombie in Resident Evil and the gas truck crash from Resident Evil 2 Remake. We also get a look at some classic monsters, ranging from zombie dogs to lickers. Hopefully, the reboot sticks true to its promise of being a more faithful adaptation than the Paul W.S. Anderson films.

Resident Evil: Welcome to Raccoon City is releasing exclusively in theatres on November 24.