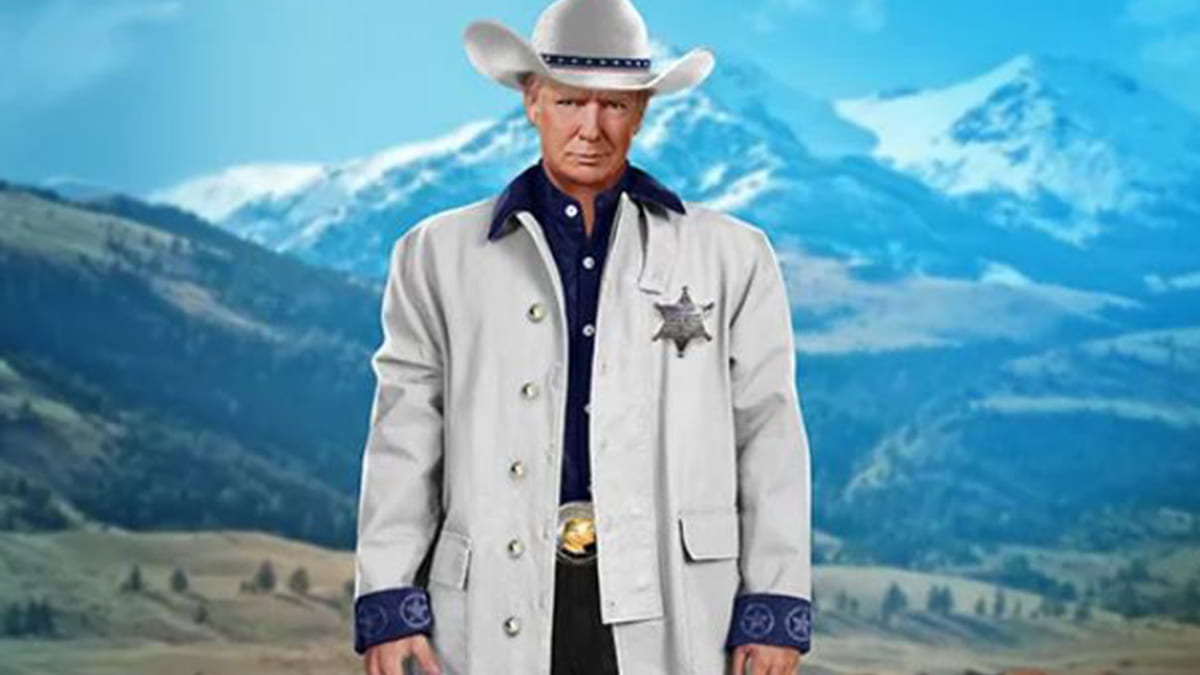 NFTs have been trashed by just about everyone since their inception. Though that doesn’t stop rich people with sometimes questionable integrity from releasing them to try and make money. So, it’s fitting that former President Donald Trump would jump in on the fad albeit a bit late. Announced on his social media platform TruthSocial, Trump said that you can purchase limited edition trading cards over on Collect Trump Cards. Reminiscent of baseball cards, these cards show off his life and career, which include him dressed up as a cowboy, an astronaut, a NASCAR racer, and a superhero where he’s firing lasers from his eyes. We don’t remember him doing any of those things, but maybe we’re forgetting something.

The absurd collection contains 45 cards and purchasing them only costs $99 each. Alternatively, you can right-click on them and download the images for free. If you do plan on purchasing these trading cards, you won’t get all 45 cards. According to the FAQ on the website, the cards your receive are randomly generated and each card has its own rarity with no more than 20 copies being produced of any card. If you get a series of cards you don’t like, you’re out of luck as all purchases are final.

If you purchase 45 tickets (which works out to about $4,500), you’ll also get a ticket to attend his Gala Dinner in South Florida and 45 entries in a sweepstake related to the card launch. The sweepstake says the winner will receive 1,000s of prizes and the opportunity to meet the former President via a Zoom call, though there is one important thing to note. You can actually enter the sweepstakes for free by sending mail to the Official Donald Trump NFT Sweepstakes in Newark, NY. So, if you are truly a fan of the former President for whatever reason and don’t want to hurt the environment by purchasing his NFTs, you can get a single entry into the sweepstakes that way.