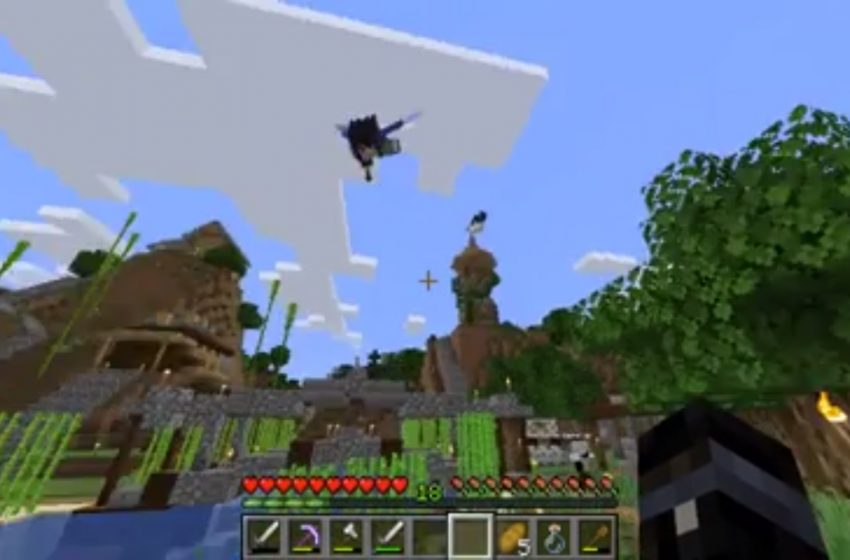 A group of friends tried Elytra for the first time in Minecraft. It was a spectacular failure.

Part of the fun of Minecraft is introducing your friends who know less about the game than you. A group of friends utilized this feature to save their first experience with the Elytra item.

Elytra is an item found in Minecraft that gives players a gliding flight. It appears as a purple cape in the clip on the player models. While it allows for flight, it doesn’t prevent fall damage. Players still take damage proportional to the speed of their character at the time of impact. If they’re not going too fast when they land, it doesn’t damage the player. It’s quite easy to crash when attempting to land.

A user recorded the first time they and their friends encountered Elytra. Their experimentation starts innocently enough. A player hops and attempts to glide. The first attempt doesn’t produce results. The second hop shows the character face planting into the dirt without harm. From there, the players discover how to lift off.

My friend tries Elytra for the first time from r/Minecraft

During the third hop, the character launches into the air and circles around to their friends. However, their speed is too much, and they plummet into a wall, dying on impact while their friends’ laughter echoes in the microphones.

Comments on the thread express amused sympathy. One user appreciated the crunch sound from the impact while another stated most people die while using Elytra for the first time.

For other Minecraft players, if you haven’t used Elytra before, let this be a hilarious lesson for you. Maybe put your items in a box and place a bed nearby before you experiment.